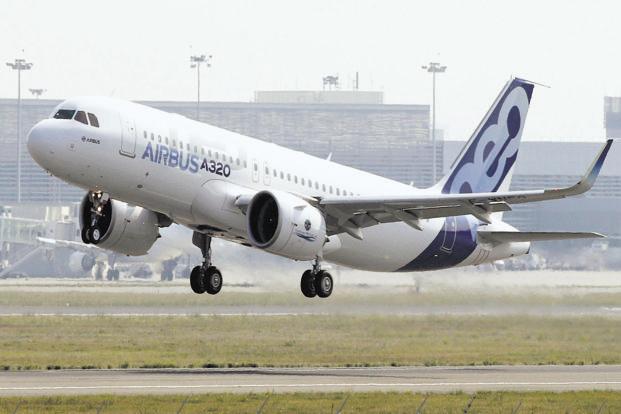 IndiGo’s new A320Neo aircraft was grounded after operating from Indore to Bengaluru on 10 August. Photo: Reuters

New Delhi: A new Airbus A320Neo aircraft of budget carrier IndiGo (Interglobe Aviation Ltd), which was inducted into its fleet barely a couple of weeks ago, has been grounded due to Pratt and Whitney engine issues. “An IndiGo A320Neo has been grounded and is undergoing a routine engine change. There is no impact on our flight operations,” the airline said in a statement.

According to people aware of the development, the aircraft had flown less than 50 hours after it was delivered to the airline on 31 July. The plane was inducted for regular commercial operation in the first week of this month. On 10 August, after operating from Indore to Bengaluru (Flight No 6E708), it was grounded. Reportedly an oil/magnetic chip was found in the engine.

IndiGo had to seek special permission from aviation watchdog Directorate General of Civil Aviation (DGCA) to fly this aircraft from Bengaluru to New Delhi on 12 August as a “ferry aircraft” to undergo engine replacement, said the people quoted above.

Ferry aircraft does not carry passengers.

No comments were available from the airline about the other six A320Neo planes which were grounded between July and the first week of August. Pratt and Whitney had in a statement said that the grounded aircraft could be back in air from this month onwards.

The sixth aircraft was grounded on 6 August due to P&W engine issues. P&W engine woes had forced the airline to ground some of the A320Neo aircraft on earlier occasions also.

IndiGo at present has a fleet of more than 170 aircraft, including 40 A320Neo planes. During February and March this year, 14 planes—11 of IndiGo and three of GoAir—were taken out of operations due to P&W engine issues on the directions of the DGCA after a series of mid-air shutdowns were reported by the two carriers. The grounding of the IndiGo flights during this period had hit 1.08 lakh passengers.

In the June 2017 quarter, IndiGo grounded nine A320Neo planes due to engine issues.

The grounding had also resulted in the airline cancelling 84 flights on a particular day last year.