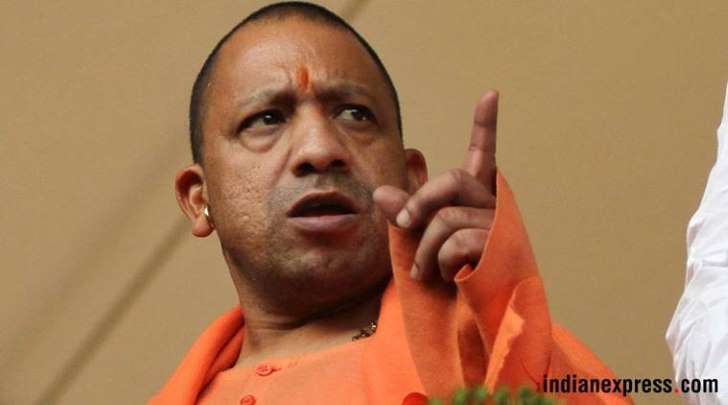 Uttar Pradesh Chief Minister Yogi Adityanath Thursday informed the state Legislative Council that 40 criminals were killed in 1,200 encounters in the state so far and that such encounters would continue. Adityanath also said in the House that sympathy for criminals was dangerous for a democracy.

Adityanath was speaking in the Council during Zero Hour on the question of propriety raised by BJP member Devendra Pratap Singh after Chairman Ramesh Yadav’s February 13 directive to the government asking for a CBI probe into three cases, including two alleged police encounters.

The UP Chief Minister said different crimes were rampant in the state and that his government was answerable to the public. “Mujrimon ke prati sahanbhuti.. Loktantra ke liye Khatarnak hai (sympathy for criminals is dangerous for democracy),” he said. According to Adityanath, “everyone” knew who “patronised” criminals in UP with a population of 22 crore.

Adityanath also referred to a recent encounter in Noida, when police shot at Jitendra Yadav, which is among the cases Chairman Yadav has sought a CBI probe into. “Police does not consider this incident an encounter. Even the person who was shot said it was not an encounter. Still we took action against the accused policeman and sent him to jail,” he said. He also alleged that such issues were being raised by the Opposition to divert attention and implied that Chairman Yadav should not have issued the directive for a CBI probe as it was out of the state’s jurisdiction.

As the Opposition raised objections to Adityanath’s remarks and pointed out that he had questioned the directive of the Chairman, Samajwadi Party member Sanjay Lathar demanded a “debate” over the issue and said these were “extra judicial killings”. Leader of Opposition Ahmed Hassan maintained that once the order is given, it cannot be withdrawn. Later in the day, Leader of Opposition in the UP Assembly, Ram Govind Chaudhary also demanded a CBI probe into the alleged “fake encounters”.

Referring to Adityanath’s remarks in the Council, Chaudhary said in the Assembly, “Apradhi ko koi pasand nahi karega… par kanoon ke dwara kanoon ka rajya hona chahiye (nobody likes criminals but the rule of law can only be established through legal ways).” He also said that whenever police is given a free hand, governments land in trouble and demanded that CBI probe all encounters in the state.