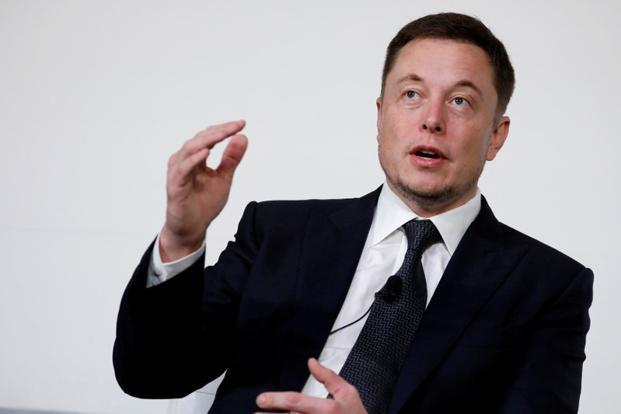 The posting prolongs Musk’s piecemeal approach to explaining how he’ll pull off a privatization of his money-losing automaker at a more-than $70 billion market capitalization. Since the 47-year-old dropped that bombshell last week, he’s used social media to sporadically update investors stuck in an information vacuum.

Earlier Monday, Musk revealed that Saudi Arabia has long been interested in taking Tesla private, which gave him the confidence last week to tweet that he was considering the blockbuster deal.

Adding to potential confusion over who’s doing what for whom, Reuters reported that Silver Lake is offering its assistance to Musk without compensation. Silver Lake hasn’t been hired as a financial adviser in an official capacity and isn’t currently discussing participating in the deal as an investor, Reuters said. A Goldman Sachs representative declined to comment, and Silver Lake representatives didn’t immediately respond to requests for comment.

Musk’s initial tweet about taking Tesla private hadn’t been cleared ahead of time with the company’s board, the New York Times reported, citing two unidentified people familiar with the chain of events.

Musk described a meeting late last month in which a managing director for the fund expressed regret that such a transaction hadn’t moved forward. “I left the July 31st meeting with no question that a deal with the Saudi sovereign fund could be closed, and that it was just a matter of getting the process moving,” Musk wrote, adding that this is why he tweeted on Tuesday that he had “funding secured” to take Tesla private at $420 a share.

As Musk fills in the blanks, he’s not convincing everyone. Sydney-based Totus Capital Pty is still short Tesla shares and has increased its bearish bet since the executive tweeted about taking the company private, said Ben McGarry, a fund manager at the firm.

“The time has finally come for the great Tesla short,” McGarry said in a note last week. “When a CEO under extreme pressure lobs a light-on-detail privatization proposal, the potential payoff for a short position improves.”

Shares of Tesla have gained 4.2% since August 6, the day before Musk first revealed his buyout proposal. Still, the shares are well below the $420 level at which he said existing shareholders could be bought out, underscoring investor skepticism that the CEO will be able to fund the transaction. The stock closed at $356.41 on Monday, giving Tesla a market value of $60.8 billion.

Several investors have sued Musk and Tesla, claiming the company’s share price was manipulated. The Securities and Exchange Commission is said to be intensifying its scrutiny of the company and its CEO after having started gathering general information about Tesla and Musk’s earlier public pronouncements about manufacturing goals and sales targets.

The law firms Musk said he is working with are Wachtell, Lipton, Rosen and & Katz, and Munger, Tolles & Olson.