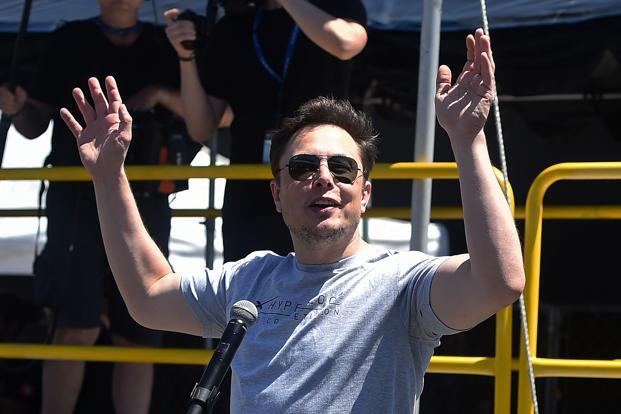 Zurich/London: Tesla Inc. chief executive officer Elon Musk, responding to Uber Technologies Inc. board member Arianna Huffington urging him to change the way he works, ruled out taking a different approach. “Ford Motor Co. and Tesla are the only two American car companies to avoid bankruptcy. I just got home from the factory. You think this is an option. It is not,” he said.

An open letter from Huffington to Musk accused him of “demonstrating a wildly outdated, anti-scientific and horribly inefficient way of using human energy”, adding in a tweet that the Tesla founder should change the way he works. It follows an interview with the New York Times last week, in which Musk said he sacrificed family milestones in the race to meet Tesla production targets.

Ford & Tesla are the only 2 American car companies to avoid bankruptcy. I just got home from the factory. You think this is an option. It is not.

Still, the Tesla CEO responded to the letter with a tweet in which he said that Ford Motor Co. and Tesla are the only two American car companies to avoid bankruptcy. “I just got home from the factory,” Musk wrote at 2:32 a.m. Pacific time on Sunday. “You think this is an option. It is not.”

Tesla shares plunged 8.9% on Friday after the interview with the New York Times in which he described the past 12 months as “the most difficult and painful year of my career”. References to Ambien use and driving while tweeting are fuelling calls for Tesla’s board to step up its oversight of the company’s CEO and largest shareholder.

Musk sparked controversy by tweeting on 7 August that he had “funding secured” to take Tesla private. He later said that meeting with Saudi Arabia’s sovereign wealth fund had given him confidence to announce the news. The company later received a subpoena from the US Securities and Exchange Commission over the tweet.

Huffington’s intervention comes at a time when she has been campaigning in support of the benefits of sleep. Her description accompanying the open letter describes her as a “flat shoe advocate and sleep evangelist”.