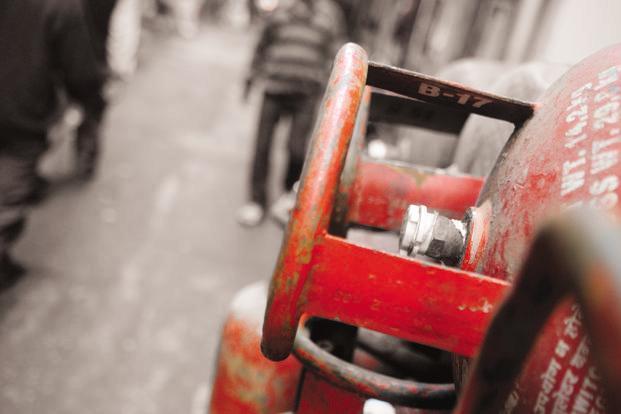 The Okha LPG project has been held for about two decades due to various reasons. Photo: Pradeep Gaur/Mint

The Pradhan Mantri Ujjwala Yojana (PMUY) has given the much needed boost to revive the project in Gujarat that was stuck for some time, they said.

The Okha LPG project has been held for about two decades due to various reasons including technical challenges and site related issues and unfavourable market condition for private companies.

“Presently, the LPG import terminals in the country are less than what is needed to cater to the demand that is growing at a fast pace. To enhance the import capacity of LPG, Gujarat Maritime Board had invited bids from private investors to develop port facilities to handle petroleum products near Okha,” said Mukesh Kumar, vice-chairman and CEO of Gujarat Maritime Board – the regulator for ports and shipping activity in the state.

After evaluation of bids, the state government has recently approved the bid of EIL for setting up an LPG terminal project within 3 years at Okha in Gujarat for a licence period of 15 years, he said while adding that the project will go a long way in fulfilling the LPG requirements of India.

India is the world’s second largest importer of LPG after China and remains ahead of Japan. In FY17, India imported close to 12 million tonnes while China imported about 18.5 MT.

India’s LPG demand is expected to grow by 3 MT in FY19 and reach 27 MT. In Gujarat, LPG is imported at Sikka, Porbandar, Dahej and Kandla.

EIL has been awarded on build operate and transfer (BOT) basis. The company has said in its projects to GMB that it aims to tap the LPG-deficient north Indian market by importing close to 800,000 tonnes a year at Okha.

A senior executive of EIL did not respond to calls and text message sent to his phone.

An established supplier of LPG in North and North-West India since 2002, EIL under the brand name Maxgas EIIL offers bulk supply and installation for industrial consumers and cylinders with LPG capacity of 4kg, 12kg, 17kg and 33kg to suit domestic, commercial and industrial consumers.

Prime Minister Narendra Modi’s appeal to citizens to give up LPG subsidy that was followed by a countrywide door-to-door campaign launched by the oil marketers has seen lakhs of people giving up LPG subsidy.

Launched in 2016, the Rs 8,000-crore PMUY aims to provide 5 crore LPG connections to families living below poverty line (BPL) with a support of Rs 1600 per connection over the next 3 years. The scheme is likely to generate additional employment of around 1 lakh and provide business opportunities of at least Rs 10,000 crore over the next 3 years to Indian industries.

EIL had conceptualized the LPG project way back in 1997-98 but had to change the site a couple of times due to its proximity to an eco-sensitive zone. Also, the company, which has already invested close to Rs 150 crore in the project, had earlier planned to set up a LPG jetty but due to technical challenges it changed its plans to set up an FSO.

In mid-2009, EIL had approached the government and sought extension till 2010. The company had told the regulator that an economic slowdown and extension of subsidy by the UPA led Centre were the reasons for the delay. Among several reasons cited over the years, land acquisition problem is something the company has faced for many years.

LPG is produced from natural gas or refining of petroleum. Once at a terminal, LPG is transferred to a bulk transport truck or rail car for short-haul transport to a retail plant. From there, it is distributed in cylinders or bulk trucks for delivery to the retail customer.

The Okha Port lies on the main maritime trade route on the northwest coast of Saurashtra at the mouth of the Gulf of Kutch, Gujarat. The port is located about 500km from Ahmedabad, the principal city of Gujarat.