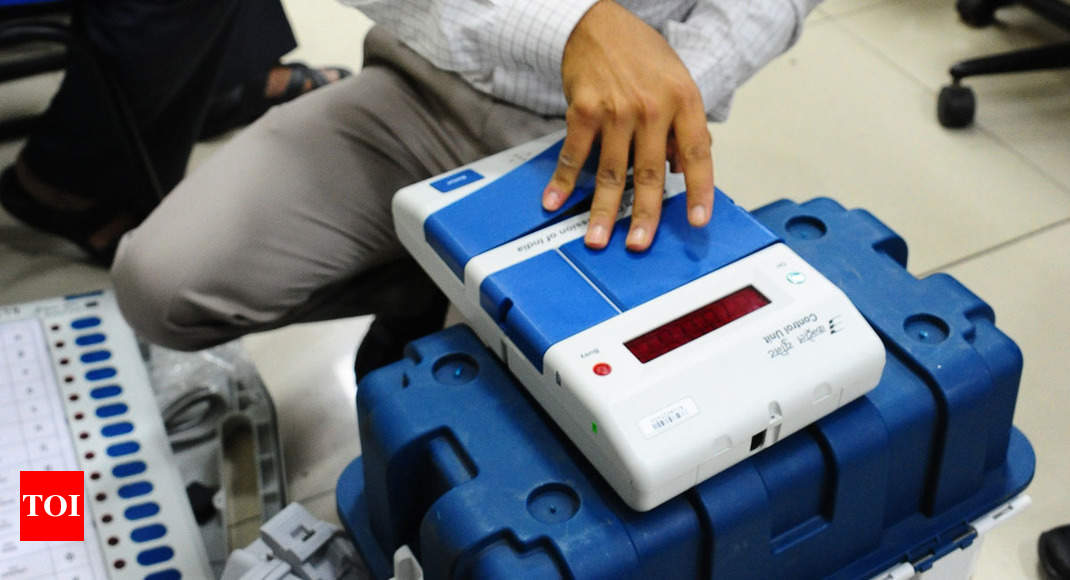 NEW DELHI: A small hood on top of the contrast sensor and paper roll that does not soak humidity are some of the ingenious measures adopted to prevent failure of paper trail machines in extreme conditions, Chief Election Commissioner OP Rawat has said.

After a large-scale failure of the VVPAT machines in the recent bypolls to four Lok Sabha seats, including Kairana and Bhandara Gondiya, and 10 assembly seats, the Election Commission’s technical expert committee carried out ‘root cause analysis’.

The committee found that direct light falling on the contrast sensor of the paper trail machine led to the malfunction, Rawat said.

He said the committee also found that a certain type of paper roll soaked humidity, resulting in the failure of the paper to move properly on the spool of the VVPAT machine while printing the results.

“We made simple changes … a small hood was installed on the contrast sensor so that even if it is placed under direct light, it would not malfunction … The electronic voting machine (EVM) is an electronic device which does not have issues with heat and humidity but the paper trail machine has electro-mechanical parts which affect its function,” he explained.

He said for areas with high humidity, the ECIL — which manufactures the machines — suggested that EC should procure paper which does not soak humidity.

“We have now procured humidity-resistant paper for humid areas,” the CEC said.

Voter-verifiable paper audit trail (VVPAT) or paper trail machine is a device which dispenses a slip with the symbol of the party for which a person has voted for. The slip appears on a small window for seven seconds and then drops in a box. But the voter cannot take it home.

Rawat said there have been delays in the delivery of paper trail machines as the Technical Experts Committee appointed by it analyses the technology stabilisation issues in the initial batches and incorporates essential design improvements. “This ensures we don’t face the problems later,” he said.

While all required EVMs — 13.95 lakh ballot units and 9.3 lakh control units — will be delivered by September 30, 16.15 lakh VVPATs will also be delivered well before the end of November, he added.

Over 11 per cent of the 10,300 VVPAT machines across 10 states had developed faults and had to be replaced during the May 28 bypolls.