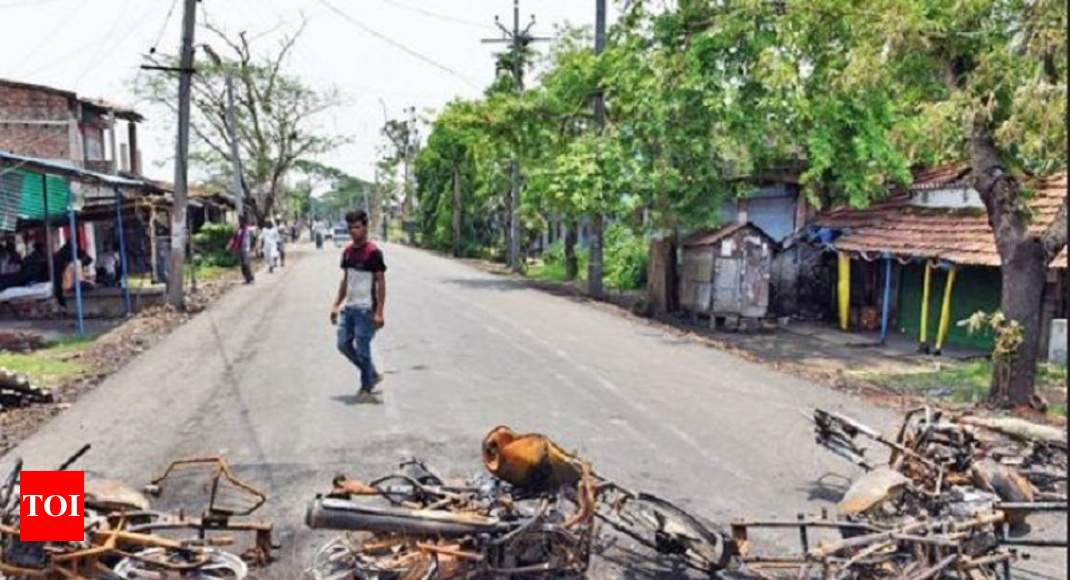 NEW DELHI: A day after the Supreme Court expressed shock on how 20,159 out of 58,692 seats went uncontested in the recent panchayat elections in West Bengal, the state election commission on Wednesday told the court that complains were filed in only 1750 of the uncontested seats, indicating that there was no foul play in the election process.

Senior advocate Amarendra Sharan, appearing for the state EC, placed all data related to the elections before a bench headed by Chief Justice Dipak Misra and contended that all complaints filed before the commission were examined and appropriate action taken.

Sharan informed the bench that percentage of uncontested seats where complaints had been filed was a minuscule 2.98 percent of the total number of seats. He said as per law, results had to be declared forthwith after only one person filed nomination paper in a constituency.

The bench, after a brief hearing, adjourned the case for August 6 and said its interim order restraining the EC from notifying the winners of uncontested seats will continue. It, however, made it clear that further orders would be passed on the next date of hearing.

The bench had on Tuesday expressed surprise on the number of seats that went uncontested in the panchayat polls.

“It is shocking that 16,860 gram panchayat seats went uncontested. This means Chapter IX of the Constitution (which created grassroots level democracy) is not working. Look at the alleged statistics on no-contest seats in Birbhum, Bankura, Murshidabad and Poorva Bardhaman districts. We cannot remain oblivious to the ground reality. In Birbhum, all zilla panchayat seats went uncontested. We can understand a small percentage… But it is puzzling when such a large number of seats witnessed no contest. The EC is the guardian under law to conduct… elections. The ground situation is vivid when so many seats go uncontested,” the court had said.