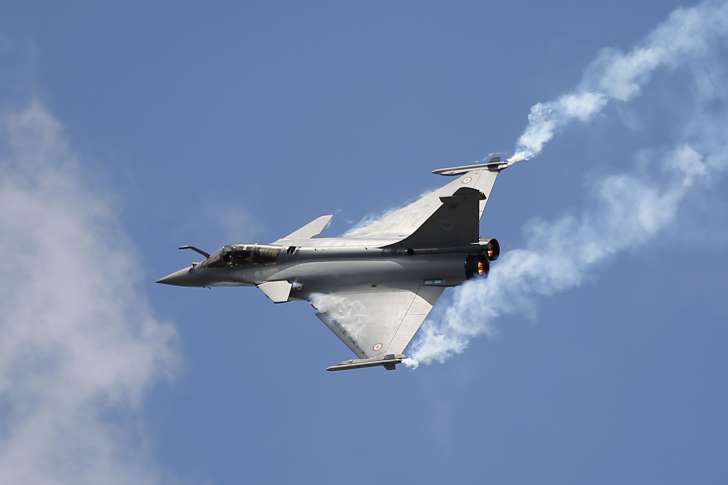 The Rafale fighter deal is now in the eye of a storm. While the Congress alleged that the price being paid by the Modi-led NDA government to purchase 36 Rafale fighters is more that what it had negotiated for, the government – citing a confidentiality clause in the purchase agreement – has refused to divulge the cost in the Parliament.

The NDA government’s reluctance has added fuel to the ongoing controversy surrounding the Rafale deal.

India is paying about 91 million euros for each of the 36 Rafale fighters it is buying from France and this is about eight million euros cheaper than what the UPA government was negotiating, top sources have told India Today. The price that UPA was negotiating for worked to about 99 million euros per aircraft. India Today has been able to access the exact price after speaking to multiple sources.

The total cost of the 36 Rafale fighters including its weapon components, spares and maintenance comes to about 7.87 billion euros. “Had the UPA deal been carried forward, India would have had to pay at least 14 billion euros,” sources told India Today.

The Modi government scrapped the UPA deal in 2015 and negotiated afresh for just 36 fighters as against 126 fighters to make up for the falling number of fighters with the Indian Air Force.

The deal being negotiated by the UPA had to be scrapped because of several procedural inconsistencies.

Besides, the man-hours required by HAL – a Defence Public Sector undertaking – to produce the 108 fighters in India was at least 3 times over than what was quoted by Dassault – the French aircraft manufacturer- pushing up the total cost of the deal to over 17 billion euros.

The Modi government, however, too had negotiated bureaucratic resistance before the deal could be inked. Top sources have confirmed to India Today that a senior officer, then in the Ministry of Defence (MoD), had raised issues about the “bench-mark price” – a price that is internally worked to be used as an indicator in price negotiations.

The objections were however overruled. “Raising objections or holding a contrary view is part of the decision making process,” a senior officer with the MoD clarified to India Today.

The Rafale fighter deal that the UPA was negotiating for included a transfer of technology to HAL but it didn’t include the Meteor Missiles – Air-to – Air Beyond Visual Range missiles or spares or maintenance contract.

These include a better radar, enhanced capabilities to jam enemy radars allowing the aircraft to remain undetected for longer duration and also most importantly modification to the engine that will allow it operate from high altitude bases.