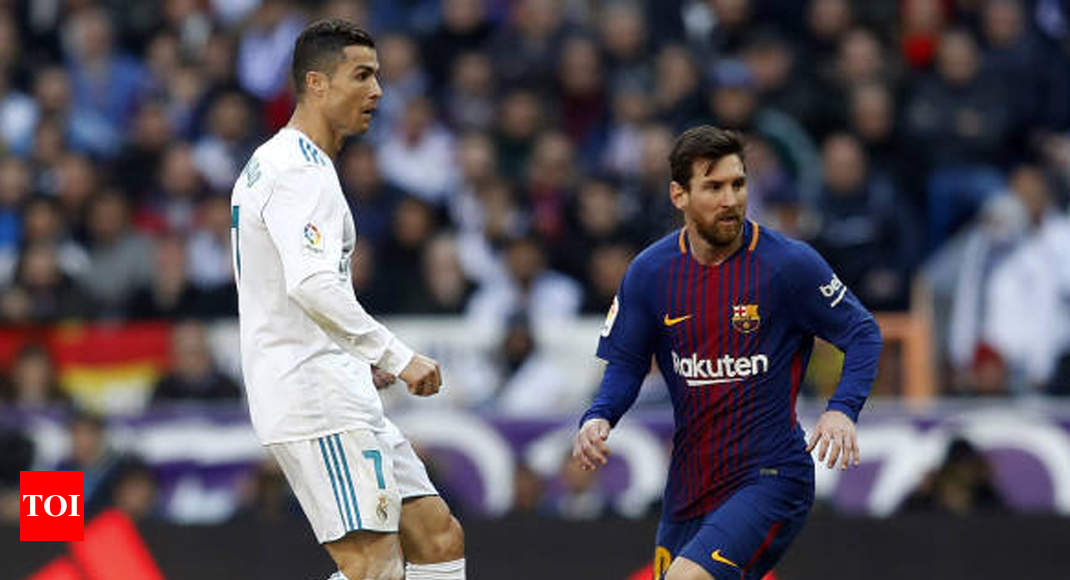 If it’s by now well known how much Cristiano Ronaldo used to obsess about Lionel Messi, there’s a story that illustrates that it was never anywhere near as one-way as was often presumed.

It was January 2015 and Barcelona had mostly been enduring another of those chaotic crisis seasons, to the point that a rift between Messi and Luis Enrique saw the new manager want to take the unprecedented step of punishing the greatest star. Sensing the potential for further problems, Xavi Hernandez sought to speak to all the key players individually to try and sort it out. And, within some stern enough words for Messi about the need for some rapprochement, there was one question that stood out. Xavi specifically asked whether the Argentine was happy to see Ronaldo up there again winning the Ballon d’Or, because that’s what would happen again if Barca didn’t get their act together.

Except, Barca did get it together and won a treble, and Messi produced perhaps the best season of his career to also win that Ballon d’Or. There were of course many elements to this, not least a transformation of his physical preparation, but the psychological edge provided by such a rival really can’t be downplayed. Their evolution over the past nine years seems such clean evidence of how an “enemy” – to use the Nikki Lauda/James Hunt term – can really take an athlete further.

The point here is not to debate this duopoly of the last nine years, but instead wonder about what’s next now that it’s gone. Because this is now what’s really interesting, but has oddly almost been underplayed since Ronaldo’s move to Juventus.

La Liga has lost its most intense driving dynamic, one that lasted for a very long time, and was arguably unique in football history. Beyond anything else, it’s just never happened that two players performing to such a high level played in such close proximity for such a long time.

Run through those considered the greatest ever and their main rivals at the time. Johan Cruyff never played in the same division as Franz Beckenbauer, while Pele never really had any rival worthy of the title in his many years at Santos. A peak Diego Maradona did come across a peak Marco van Basten for around three compelling years in Serie A, but that was in a ludicrously lavish league that still had too many variables. And the Messi-Ronaldo predecessors point to one other reason why this represents such a profound historical juncture point.

The Madrid-Barca rivalry may well be football’s most intense and that has only escalated over the last few years with Ronaldo and Messi bringing it to levels it can probably never go again. They personified this escalation.

As good as Ronaldo was for Messi, mind, there should be no real expectation of any negative effect of him. One other undermentioned aspect of their rivalry was how it had no negative effect on Messi’s domestic medal haul. He emphatically won their duel in the league, his brilliance literally became routine as Barca were the routine champions, claiming six of the nine titles while Ronaldo was in Spain. As regards the league as a whole, mind, it opens the way for more storylines, more intrigue. As sensational as the Messi-Ronaldo duopoly was, it suffocated all discussion as much as the rest of the competition. And there’s only Messi left, but that leaves space for something interesting.