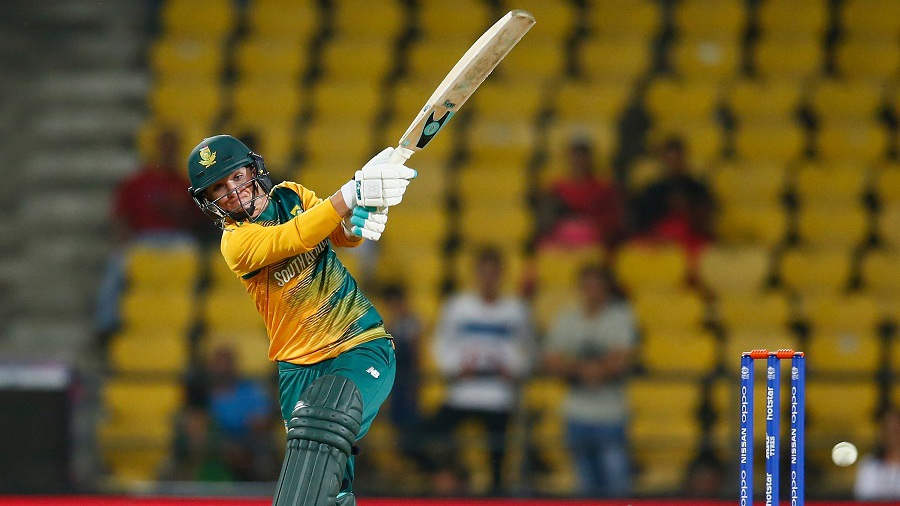 India’s quest for a maiden bilateral series whitewash against South Africa was thwarted by the hosts with a resounding seven-wicket win in Potchefstroom. Laura Wolvaardt and Mignon du Preez, who both struck half-centuries, played protagonists in South Africa’s first win in the three-match series, aided by a brisk 41-run cameo from captain Dane van Niekerk and India’s sloppiness in the end overs of their 240-run defence.

Needing 63 off the last nine overs, and the fourth-wicket stand between du Preez and Niekerk worth only nine runs, Shikha Pandey dropped a Niekerk force at mid-off off the first ball of the 42nd over. Four balls later, legspinner Poonam Yadav gave herself a chance of picking up her second wicket and India a shot at sending back du Preez, only to be squandered by wicketkeeper Sushma Verma in the form of a missed stumping. When Poonam came back in the 44th to bowl her ninth over, she dropped a return catch off van Niekerk, who subsequently unleashed a flurry of drives and sweeps – some while falling on her knee – and peppered the square-leg boundary for quick runs. She totaled five fours in her unbeaten 30-ball innings, while routinely capitalising on overthrows from India in the back-end of the chase.

Van Niekerk’s ingenuity amounted to a 72-run stand with du Preez, who anchored the chase with an unbeaten 111-ball 90 that steered a 118-run third-wicket partnership with 18-year-old Wolvaardt. Coming into the game on the back of scores 9 and 21 in the previous two ODIs, Wolvaardt weathered the early loss of opening partner Lizelle Lee, and put on 41 runs with Andrie Steyn (30 off 53) en route to her 88-ball 59. In doing so, Wolvaardt became the youngest South African to notch up 1000 runs in ODI cricket. After Ekta Bisht removed Wolvaardt, du Preez kept the chase on track with plucky singles, including the one that sealed the chase with four balls to spare.

Out of the three changes made to India’s winning combination from the previous two matches, debutant Pooja Vastrakar, the teenage medium-pacer who came in for Jhulan Goswami, and Bisht, who replaced fellow left-arm spinner Rajeshwari Gayakwad, leaked 77 runs between them for a solitary wicket in their combined 18 overs. The other change – in the batting department – Mona Meshram, who came in for Punam Raut, pinched 11 in her 22-ball labour during an India innings that blew hot and cold in their 240-run effort.

While Smriti Mandhana, the Player of the Series, followed her 135 and 84 with a duck, captain Mithali Raj fell for a 24-ball 4 as both found themselves in the middle of a blistering opening burst from Ayabonga Khaka and Shabnim Ismail, who topped and tailed her 9-1-30-4 with the wickets of Mandhana and tailender Bisht. Deepti Sharma, however, validated Raj’s decision to promote her to the opening role with a 112-ball 79. After van Niekerk brought Harmanpreet Kaur’s 35-ball 25 to an end, Deepti steadied India’s innings with an 83-run stand with Veda Krishnamurthy, becoming the youngest Indian to get to the 1000-run mark in women’s ODIs.

Krishnamurthy, meanwhile, added urgency to the innings with a quick-paced second straight fifty, before a run-a-ball 17 from Verma and 31-run blitz from Pandey hoisted India to 240 as the hosts bowled them out off the last ball of the innings, concluded by part-time bowler Chloe Tryon who took two wickets in her 10 overs.