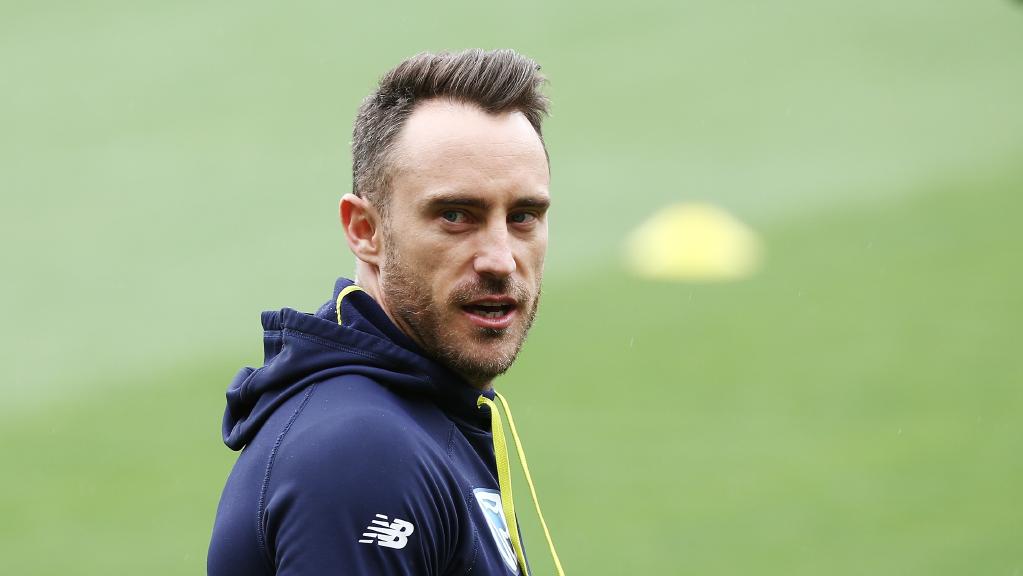 South Africa captain Faf du Plessis has been ruled out of the remaining ODIs against India and the T20s that follow due to a fractured finger. He did damage to the finger – his right index digit – during the first ODI on February 1. He is likely to require three to six weeks’ time to recover, a Cricket South Africa (CSA) statement said, putting him in danger of missing the start of the four-Test series against Australia that starts on March 1.

Batsman Farhaan Behardien has been added to South Africa’s squad as a replacement, while Heinrich Klaasen comes in as a back-up wicketkeeper given AB de Villiers is also sidelined by injury – incidentally, also a finger issue.

Both du Plessis and de Villiers sustained their finger injuries trying to catch out Virat Kohli and while India still have their captain, South Africa will now be scrambling for one. Hashim Amla is the first name that comes to mind, even though he has been reluctant to lead in the past; in an emergency, he remains the go-to but JP Duminy could be in contention for a leadership role as well. Duminy captained the Cobras in the domestic one-day cup, in which they reached the semi-finals, and has led South Africa in T20s, most recently against Bangladesh in October last year.

Behardien was a surprise omission from the original ODI squad, which was named for the first three matches last week, especially after his form in the domestic one-day cup. Behardien finished fourth on the run-scorers’ list with 437 runs at 48.55 and a strike rate of 92.58 but Khaya Zondo, who only scored 275 runs at 39.28 at a strike rate of 65.53, was given an opportunity as part of South Africa’s “vision 2019”.

Speaking to the media when the squad was announced, convener of selectors Linda Zondi explained that the plan was to cast the net as widely as possible to assess which players may be in contention for World Cup places, and said Behardien had been provided reassurance that his World Cup dream was not over. It was thought than that Behardien would only have to wait until the second half of the India series to play again but his turn has come much sooner.

The same applies to Klaasen, who was third on the one-day cup run-scorers’ list with 522 runs at 52.20 and a strike rate of 94.05. Klaasen also presents the first real challenge to Quinton de Kock, who has yet to score more than 43 in the ongoing tour against India. Though du Plessis and coach Ottis Gibson insisted de Kock need not fear for his place and hoped he would find form in shorter formats, Klaasen’s call-up suggests patience in de Kock is not limitless and he does have someone chasing him.

All this has thrown South Africa’s plans to use this series as a starting point for their World Cup campaign a little off track. Without the captain and one of their most effective batsmen, planning for a major tournament will be tough. South Africa were even willing to let results take a back seat to their planning, but that may change given the position they now find themselves in.

South Africa lost the first ODI in Durban, despite a century from du Plessis. Five more ODIs follow, with three T20s after that, and de Villiers is expected to come back for at least some of that. Then, South Africa host Australia for four Tests and will hope all of de Villiers, du Plessis and the recovering Dale Steyn, who has a heel injury, will be fit.