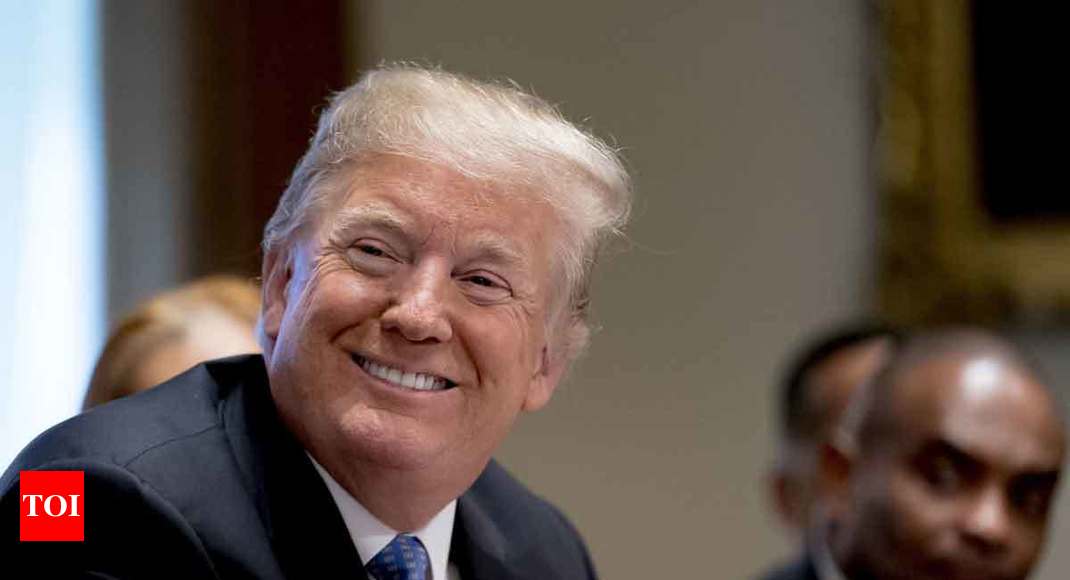 WASHINGTON: Donald Trump on Wednesday told his attorney general to end the high-profile investigation into Russian election meddling that has ensnared key members of his presidential campaign and cast a long shadow over his White House.

In a series of tweets that quickly sparked accusations that Trump was publicly trying to pervert justice, the president decried the investigation led by special counsel Robert Mueller as “a disgrace.”

“This is a terrible situation and Attorney General Jeff Sessions should stop this Rigged Witch Hunt right now, before it continues to stain our country any further,” Trump said.

..This is a terrible situation and Attorney General Jeff Sessions should stop this Rigged Witch Hunt right now, bef… https://t.co/dI69iTTQOS

Aides rushed to limit the damage, insisting he was not issuing an order as Session’s boss.

“It’s not an order, it’s the president’s opinion,” White House spokeswoman Sarah Sanders told reporters, adding that Trump wants the probe to “come to an end.”

His lawyer Rudy Giuliani added: “He used a medium he uses for opinions, Twitter. One of the good things about using that, he’s established a clear sort of practice now that he expresses his opinions on Twitter.

The president — along with allies in conservative media — has launched a long PR campaign against the Mueller probe, which he claims is biased and pursuing erroneous claims of collusion between his campaign team and Moscow.

“Russian Collusion with the Trump Campaign, one of the most successful in history, is a TOTAL HOAX,” the president said Wednesday.

Russian Collusion with the Trump Campaign, one of the most successful in history, is a TOTAL HOAX. The Democrats pa… https://t.co/BAyz1DuKKq

Mueller — a respected former FBI director — is investigating whether the Trump campaign aided or abetted an attempt by Russia to sway the 2016 presidential election, or tried to cover up the conspiracy.

He has so far lodged dozens of indictments, including those of suspected Russian hackers, and secured guilty pleas from at least three Trump aides charged with conspiracy and lying to investigators.

This was Trump’s most direct demand yet that Sessions, who infuriated the president by recusing himself from the investigation, intervene to end the probe.

“The President of the United States just called on his Attorney General to put an end to an investigation in which the President, his family and campaign may be implicated,” said Democratic congressman Adam Schiff.

“This is an attempt to obstruct justice hiding in plain sight. America must never accept it.”

Even Trump’s allies questioned the demand.

“I’ve said all along I see no evidence of collusion. But if anyone helped Russia to hack/steal they deserve justice,” said Republican operative Ari Fleischer.

“Let Mueller finish his job. Neither POTUS nor Sessions should interfere. After all, nothing will help Trump more than Mueller concluding there is no crime.”

Amid the criticism from both sides of the political aisle, Trump’s personal attorneys also sought to walk back the comment, insisting the president was not ordering Sessions to do anything.

“The president has issued no order or direction to the Department of Justice on this,” lawyer Jay Sekulow told The Washington Post.

Giuliani added the president may be within his legal rights to obstruct justice if he wishes.

“Under our conclusion if the president is acting within his capacity as president and he fires someone, that can’t be questioned,” he said.

Giuliani also told reporters the president’s legal team was in the middle of ongoing negotiations with Mueller, as a report in The Washington Post said the special counsel had offered to reduce the number of questions in exchange for a sit-down interview.

Trump’s latest Twitter tirade came on the second day of the trial of former campaign chairman Paul Manafort on bank and tax fraud charges, which stemmed from the probe but were not directly related to his time on the campaign.

Trump tweeted on Wednesday that Manafort “worked for me for a very short period of time” but sought to defend his former aide’s bona fides.

“Paul Manafort worked for Ronald Reagan, Bob Dole and many other highly prominent and respected political leaders,” he said.

Manafort served as Trump’s campaign chief from May to August 2016 and the president asked Wednesday: “why didn’t government tell me that he was under investigation.”

“These old charges have nothing to do with Collusion – a Hoax!” he said.

Manafort’s trial opened Tuesday with prosecutors accusing him of hiding from US tax authorities millions of dollars from past lobbying work for the pro-Russia president of Ukraine, and failing to report his foreign bank accounts.

In a further tweet, Trump suggested Manafort has been harshly mistreated.

“Looking back on history, who was treated worse, Alfonse Capone, legendary mob boss, killer and ‘Public Enemy Number One,’ or Paul Manafort,” he wrote.

Manafort is scheduled to go on trial in September on separate charges brought by Mueller of conspiracy, money laundering and failing to register as an agent of a foreign government.