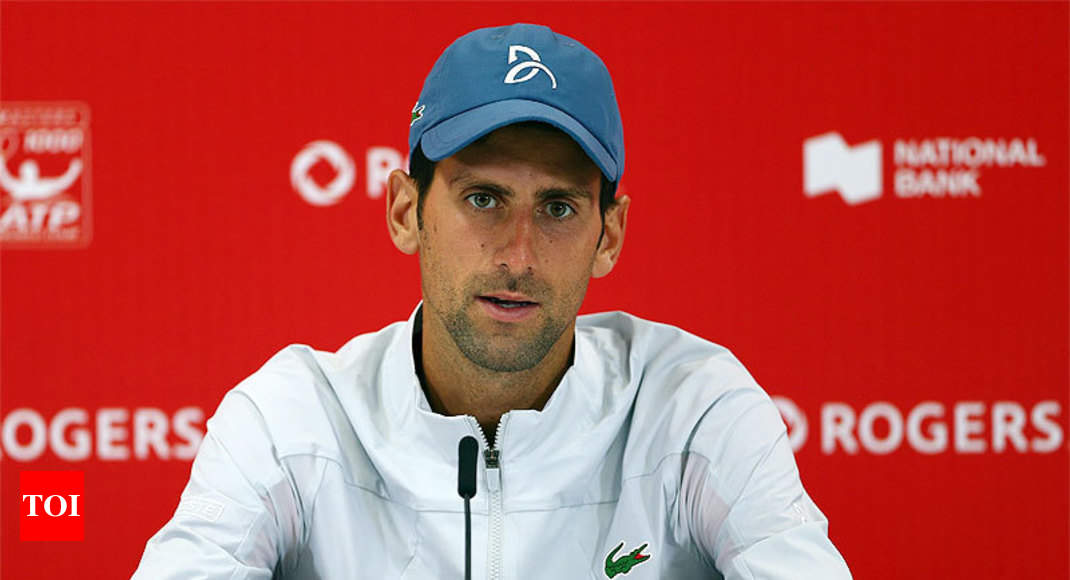 TORONTO: Novak Djokovic sent Peter Polansky of Canada to a 6-3, 6-4 defeat on Wednesday as the four-time champion powered into the third round at the Toronto Masters before insisting he’s “comfortable” with the controversial ‘shot clock’ innovation.

The match was played under threatening grey skies which eventually dumped heavy rain on the courts just after Djokovic wrapped up his win.

In a match which began slightly late due to heavy overnight rain which continued into the morning, ninth-seeded Wimbledon champion Djokovic repeated a victory he scored over the Canadian at the same tournament in 2009.

Djokovic said he was having no problems with the shot clock despite being a player who regularly picks up violations for the length of time he takes between points.

“I actually feel like there is more time now than before because the shot clock starts counting down once the chair umpire calls the score,” Djokovic said.

“Sometimes it takes several seconds before the chair umpire calls the score if it’s a long exchange or a good point and the crowd gets involved.

“I’m pretty comfortable with it — it’s good to have shot clock in the tournaments prior to the US Open.”

Djokovic, 31, took 84 minutes on Wednesday to advance with seven aces and two breaks of serve while never facing a break point against Toronto-based wild card Polansky, the world number 121.

Djokovic, the winner of 30 career Masters titles. will next face either seventh seed Dominic Thiem, who has yet to step on to a hard court this summer with the US Open just over a fortnight away, or rising Greek youngster Stefanos Tsitsipas.

Meanwhile, third seed Juan Martin del Potro was forced to withdraw prior to his opening match due to a left wrist injury.

The Argentine, who looked to be in good form after reaching the final last week in Los Cabos, was replaced in the draw by Russian veteran Mikhail Youzhny.

Del Potro had a bye into the second round and was scheduled to face Dutchman Robin Haase.

The 29-year-old former US Open champion has struggled with a series of wrist injuries and was almost forced into an early retirement from the sport in 2016.