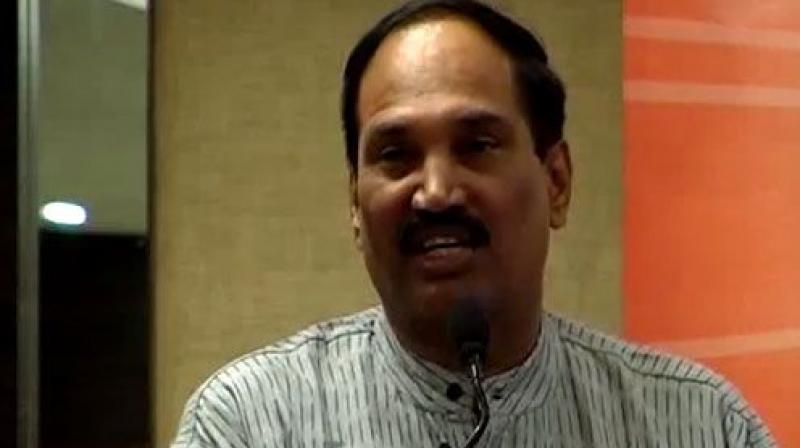 PCC president N. Uttam Kumar Reddy had called upon the Congress cadre to be united in dislodging the TRS government and return Congress rule to look after the welfare of the people. Mr Reddy was speaking on the occasion of  the Congress Seva Dal convention in Gandhi Bhavan on Thursday. He said the Congress senior leaders’ Bus Yatra from February 26 from Chevella would expose the four-year misrule of the TRS and unite Congress cadres as well as the people in dislodging the TRS government in the state in the next elections.

He accused the TRS government of indulging in large-scale violations of human rights in the state and asked Seva Dal volunteers and Congress leaders to resist such moves from time to time to restore democracy.  AICC secretary R.C. Khuntia said the time has come for all Congressmen to be united under the leadership of Mr Reddy to fight against TRS tyranny and bring back Congress into power.  He said due weightage will be given to all frontal organisations, inclu-ding Seva Dal, in the selection of candidates for the Assembly polls.