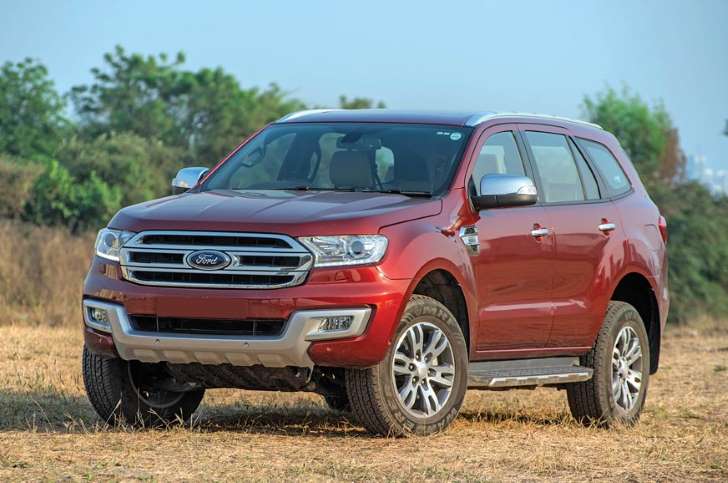 In a bid to clear their inventory of older 2017 models, more than a few dealerships are offering rather sizable discounts on their models.

The German carmaker is offering discounts of up to Rs 10 lakh on its Mercedes E-class rival, the A6, and Rs 8 lakh on the smaller A3 sedan. The A6, which is priced from Rs 53.98 lakh, is a slower seller than its rivals, and feels dated in comparison. It is available with a 190hp, 1.8-litre turbo-petrol engine and a 191hp, 2.0-litre diesel motor, both mated to a seven-speed automatic transmission. The next-gen model, which debuted at the 2018 Geneva motor show, is expected to launch in India early in 2019.

The A3 sedan is priced at Rs 31.97 lakh and sees competition from the likes of the Mercedes CLA. A 150hp, 1.4-litre turbo-petrol mill and a 143hp, 2.0-litre engine are on offer with the sedan, with the former mated to a seven-speed automatic and the latter paired to a six-speed gearbox.

BMW is currently offering the 740Li Pure Design Excellence petrol with discounts Rs 12.5 lakh. The 740Li, which retails for Rs 1.28 crore, is available with a 3.0-litre, in-line, six-cylinder engine that makes 326hp and 450Nm of torque and is mated to an eight-speed automatic gearbox. The Mercedes-Benz S 450 is a direct rival to this mid-spec petrol 7-series. Discounts worth Rs 9 lakh are also being offered on the 320d Prestige, which is priced at Rs 37.8 lakh. The base-spec 3-series comes with a 190hp, 2.0-litre diesel engine mated to an eight-speed automatic and competes with the likes of the Mercedes C 220d and Audi’s A4 35TDI.

In order to clear stocks of the now discontinued pre-facelift EcoSport, a large discount of around Rs 1.5 lakh is being offered on the compact SUV. The older rival to the Tata Nexon and Maruti Suzuki Vitara Brezza was available with three engine options – a 112hp 1.5-litre petrol, a 125hp 1.0-litre turbo-petrol, and a 100hp 1.5-litre diesel. All motors were mated to a five-speed manual gearbox, though the 1.5 petrol also had the option of a six-speed torque-converter automatic. The pre-facelift compact SUV had prices starting from Rs 7.76 lakh. The refreshed model is only available with two engines – the new 123hp, 1.5-litre Dragon petrol engine and the older 100hp 1.5 diesel.

Ford is also offering discounts worth Rs 1.75 lakh on its Endeavour SUV. Priced from Rs 26.02 lakh, the Toyota Fortuner and Mitsubishi Pajero Sport rival was recently updated with a panoramic sunroof on the lower-spec 2.2-litre model. The 160hp diesel engine is mated to a six-speed automatic that sends power to the rear wheels. Also on offer is a 200hp, 3.2-litre diesel with four-wheel drive.

The pre-facelift and now discontinued i20 hatchback is available with benefits of up to Rs 1 lakh. The rival to the Maruti Suzuki Baleno and Honda Jazz retailed from Rs 5.25 lakh, and was available with an 83hp 1.2-litre petrol, a 100hp 1.4-litre petrol, and a 90hp 1.4-litre diesel engine. The 1.2 petrol had a five-speed manual and the 1.4 petrol was offered with a four-speed automatic, but the diesel only got a six-speed manual. The new i20, launched at the 2018 Auto Expo, does not come with the 1.4 petrol motor. Instead, Hyundai will bring out a CVT automatic in the 1.2-litre petrol model soon, to help the model benefit from duty reductions in petrol cars with engines smaller than 1.2 litres.

The Ciaz mid-size sedan is now on offer with discounts of up to Rs 1.2 lakh. Rivalling the likes of the Hyundai Verna and the upcoming Toyota Yaris, the Ciaz is powered by either a 92hp 1.4-litre petrol engine or a 90hp Fiat-sourced 1.3-litre diesel. The former gets a five-speed manual and a four-speed automatic, while the latter only gets a five-speed manual. Prices for Maruti’s mid-size sedan start at Rs 8.04 lakh.

The pre-facelift Mercedes S-class, which retails from Rs 1.33 crore, is now on offer with benefits of up to Rs 12 lakh. The new facelift was introduced at Auto Expo 2018 and came with new engines as well – the highlight is the new 3.0-litre, six-cylinder diesel engine that is BS-VI compliant even on the lower BS-IV grade fuel currently on sale in our country. The pre-facelift models were sold with 3.0-litre V6 petrol (333hp) and diesel (258hp) motors.

The Superb sits at the top of Skoda India’s sedan line-up, and is now on offer with discounts of up to Rs 1.5 lakh. The luxury sedan, priced from Rs 25.12 lakh, competes against the likes of the Honda Accord and Toyota Camry and is available with a 180hp, 1.8-litre petrol engine and a 177hp, 2.0-litre diesel motor. The petrol mill has the option of either a six-speed manual or a seven-speed dual-clutch automatic, though the diesel engine only comes mated to a six-speed dual-clutch automatic transmission.

Discounts vary from city to city and depend on availability. Please check and bargain with your dealer for exact discounts, which may not match the figures quoted here. All prices, ex-showroom, Delhi.