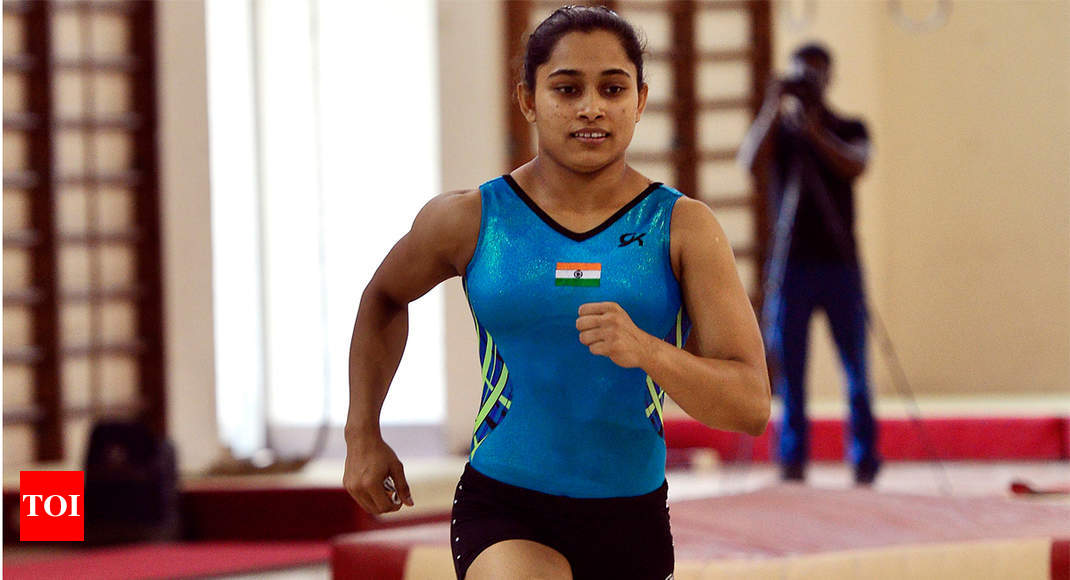 NEW DELHI: Top Indian gymnast Dipa Karmakar will return to competition after a long lay-off of nearly two years due to injury as she features in the upcoming FIG World Cup to be held at Mersin, Turkey from July 6-8.

Dipa will take part in the vault and beam events and will be accompanied by her coach Bisheshwar Nandi.

Dipa had suffered an Anetrior Cruciate Ligament (ACL) injury and had undergone surgery. She was initially confident of making a comeback at the Commonwealth Games but rehab took more time than expected.

She will be joined by Rakesh Kumar Patra, who had narrowly missed a medal at the Melbourne World Cup in February, finishing at fourth place. Rakesh will perform in the rings, parallel bars and horizontal bar events.

Both Dipa and Rakesh would attempt for their first World Cup medal.

Qualification competitions will be held on July 6 and 7 while the finals are slated for July 8.

“The participation in this World Cup at Mersin is based on request from both Dipa and Rakesh to the federation as an exposure competition prior to the Asian Games,” the Gymnastic Federation of India said.

They are part of the five men and five women artistic team to take part in the upcoming Asian Games.

After finishing fourth in the Rio Olympics, Dipa got injured while training and underwent surgery for the ACL. She was under rehabilitation for one year. She proved her fitness during the Asian Games trials recently and finished on top by a big margin.

Rakesh had performed all apparatus during the trials and emerged as the best gymnast among men with impressive scores on rings and parallel bars.