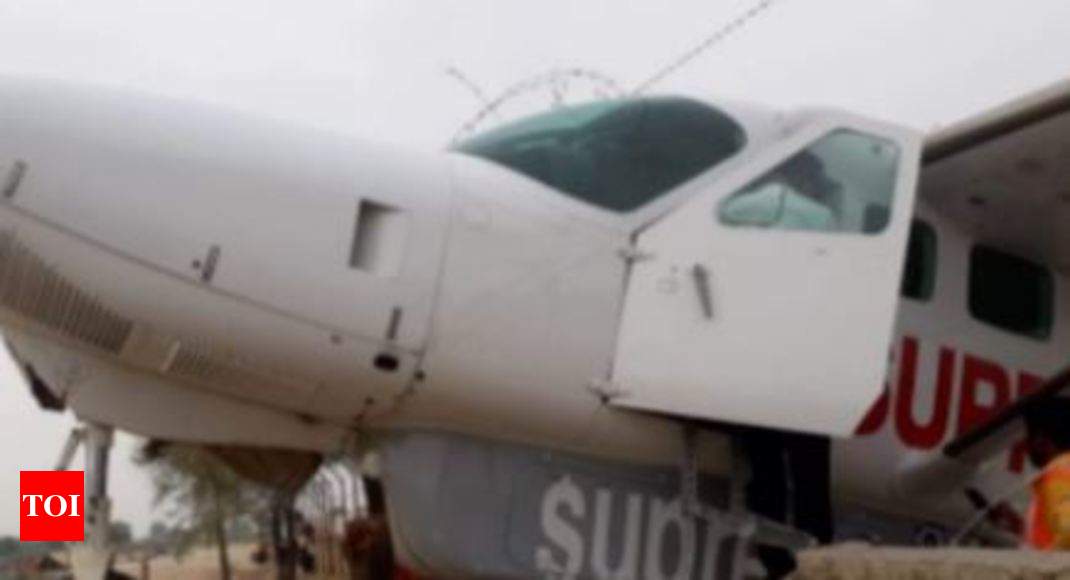 NEW DELHI: The Directorate General of Civil Aviation (DGCA) has suspended the flying licence of the commander of a Cessna which had crashed into the boundary wall of Sri Ganganagar airport in Rajasthan while landing, this Tuesday.
Belonging to Supreme Transport, the turboprop had seven passengers and two pilots. None of them had reportedly suffered injuries.

“During landing at Lalgarh (Sri Ganganagar’s airport), the aircraft overshot the runway and hit the boundary wall of airstrip. The safety of aircraft and its occupants was jeopardized… (I) hereby suspend in public interest, the privileges of the pilot license held by the captain pending investigation,” a DGCA order issued by its director of air safety J M Singh says.

In a statement, Supreme Airlines president and CEO Ammeet K Agarwal said: “As the chief of flight safety, I shall be submitting my report which concludes (the captain) is responsible for this incident. His bad judgment to land after 2,000 feet instead of going around, led to this incident….”

The accident had happened on Tuesday when the Cessna Grand Caravan aircraft overshot the runway on landing at Lalgarh airport, breaking the boundary wall.

“Flight 503 Jaipur to Sri Ganganagar with seven passengers and two pilots on board overshot the runway at Lalgarh. Since runway length is only 3,000 feet, after overshooting (runway) aircraft hit the boundary wall,” Supreme Airlines president and CEO Ammeet K Agarwal had said in a statement after the accident. He added no person on the aircraft was hurt.

He had said pilots of the Cessna reported they overshot the runway due to presence of birds on the airstrip. The Cessna had taken off from Jaipur for Sri Ganganagar.