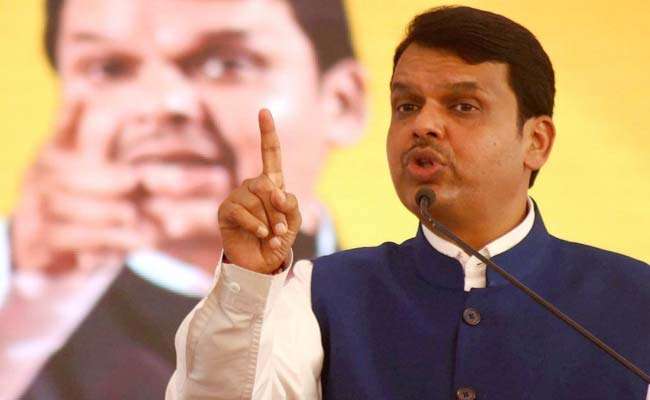 Maharashtra Chief Minister Devendra Fadnavis had a narrow escape after the tail rotor of the helicopter he was in got entangled in a cable while landing in Bhayandar on the outskirts of Mumbai.

After landing safely, he took a vehicle to his destination to attend a party programme. A probe has been ordered into the incident, an official said.

This is not the first time that a helicopter carrying Mr Fadnavis faced an emergency situation. On December 9 last year, his helicopter was forced to land soon after taking off from Nashik reportedly due to overloading. Some luggage had to be offloaded so that the helicopter could reach a flyable altitude, an official had said after the December 9 incident.

On July 7 last year, before taking off from Alibaug near Mumbai, Mr Fadnavis narrowly missed being struck by the chopper’s tail rotor when the pilot started the engines before the chief minister had boarded. Security guards accompanying Mr Fadnavis had then pushed him out of harm’s way.

On May 25 last year, the rotor of a helicopter carrying Mr Fadnavis struck power lines and crash-landed during take-off from Nilanga in Latur district. Dramatic visuals had shown the chopper taking off from a helipad, watched by a crowd, hovering in the air for some moments before crashing. The chief minister had escaped unhurt.

On May 10 last year, a helicopter assigned to carry Mr Fadnavis to Nagpur developed a snag before reaching the pick-up location in Gadchiroli. The chief minister was then visiting the area to review progress of government schemes. Security officials had gone into a tizzy at that time as Gadchiroli district is affected by left-wing extremism and travel by road was a security risk.