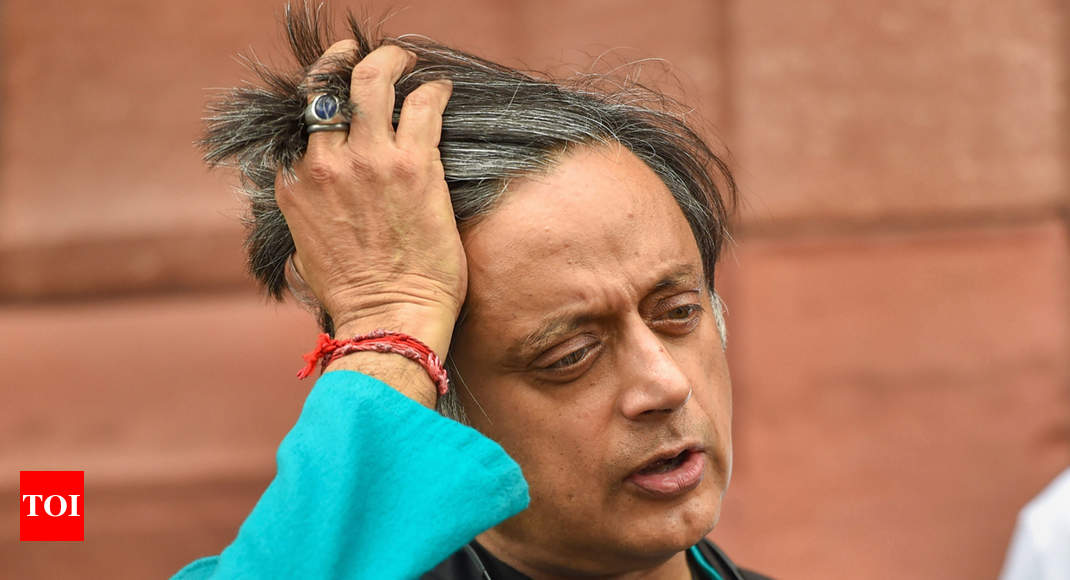 NEW DELHI: The Delhi high court on Tuesday asked the Delhi Police to file a status report on a plea challenging anticipatory bail given to Congress leader Shashi Tharoor in a case related to his wife Sunanda Pushkar’s death.

Justice RK Gauba asked the Delhi Police’s standing counsel (criminal) Rahul Mehra to appear in the matter and listed the plea on September 25.

“The state shall file a status report inspecting the case against the backdrop of which the present controversy is raised,” the court said.

The court was hearing the petition filed by a Delhi-based lawyer Deepak Anand challenging a trial court’s July 5 order granting anticipatory bail to Tharoor in the matter.

The petitioner argued that after filing of charge sheet, the trial court took cognisance and issued summons to Tharoor.

Instead of appearing before the court concerned, the Congress leader moved the court of an additional sessions judge which “erroneously” granted him bail, he said.

Pushkar was found dead in a suite of a luxury hotel in the city on the night of January 17, 2014. The couple was staying in the hotel, as the official bungalow of Shashi Tharoor was being renovated at that time.

Tharoor has been charged under sections 498A (husband or his relative subjecting a woman to cruelty) and 306 (abetment of suicide) of the Indian Penal Code (IPC), but has not been arrested in the case.