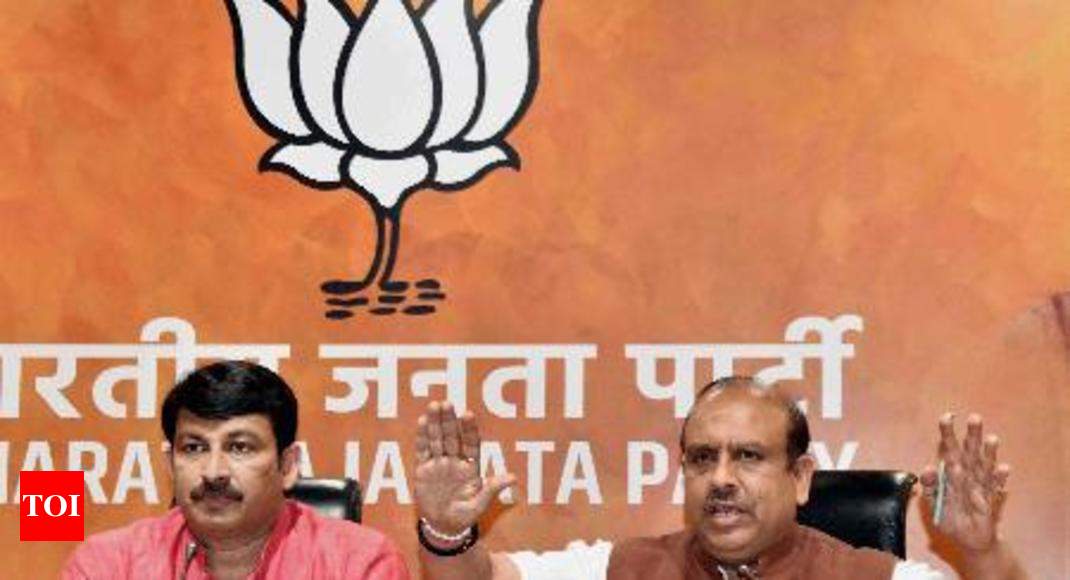 NEW DELHI: The Delhi BJP has welcomed the Supreme Court verdict on the power tussle involving the office of lieutenant governor and the AAP government, and said the ruling party should now shun its “political demand” of full statehood to the city.
BJP MLA and leader of opposition in the Delhi assembly Vijender Gupta said the apex court verdict today has directed the AAP government to follow the law and it is expected that they will do so.

In a landmark verdict on the power tussle between the Delhi government and the Centre, the Supreme Court today held lieutenant governor Anil Baijal does not have independent decision-making powers, and is bound to act on the aid and advice of the council of ministers.

It said all decisions of the council of ministers must be communicated to the LG but that does not mean his concurrence is required.

“We welcome the SC verdict. The Delhi government should have been following the law even without the order of the court. We hope, they will do so after the judgement,” he said.

Delhi BJP spokesperson Praveen Shankar Kapoor said the verdict has “decided” that Delhi is a Union Territory and the AAP should stop raising their “political demand” for full statehood to the city.

“It is now decided that Delhi is a UT. So, the AAP and chief minister Arvind Kejriwal should stop raising the full statehood demand.”

Kapoor said the judgement has directed for more cooperation between the LG and the city Cabinet and that all parties concerned should respect the verdict.

The apex court’s decision is a major victory for the AAP government which has been in a constant tug-of war with LG Anil Baijal, and also his predecessor Najeeb Jung, over the power wielded by the two branches of the executive.