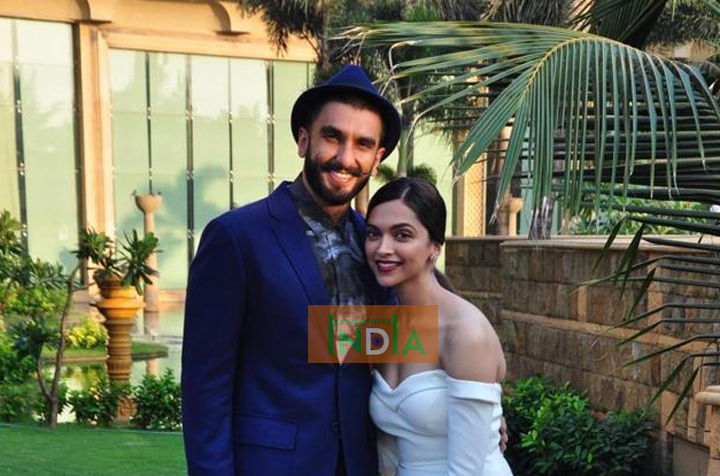 Looks like Deepika Padukone and Ranveer Singh are finally letting the world know that something major is on the cards. The Bollywood power couple were spotted together, enjoying a holiday, perhaps somewhere abroad.

Late on Wednesday, an image of Deepika and Ranveer was shared online. In it, we see Deepika, wearing a white T-shirt and perhaps black colored jeans walking ahead of Ranveer, also in a white T-shirt. In fact, with his side parting and a rather sober self, Ranveer is in fact unrecognizable. A close second look does the magic though. In another video, which has appeared online, the couple can be seen walking, hand in hand. It is from the same place. In fact, we can see Deepika beckoning Ranveer, as she stretches her hand to grab his. Also, seen in the photo (and in the video), is Deepika’s sister Anisha.

It may be recalled that these days, media buzz is dominated by Priyanka Chopra’s engagement and anticipated marriage to American singer, Nick Jonas. However, news of Deepika and Ranveer’s marriage, possibly in November, too routinely makes the news. The latest on that front is that the duo might tie the knot in the scenic Italian lake town of Como, where many Hollywood A-listers have their homes, the biggest name being George Clooney.

Apparently, both the families met sometime earlier this year to flesh out the modalities of the marriage. It was speculated that the families had agreed on a November marriage and hence, the duo was either not picking any new project (as in the case of Deepika) or completing their existing projects (Ranveer has remained busy with Gully Boy and Simba).

While the couple has been said to be together since the time they did Ram Leela together, they have generally been reticent about their relationship, occasionally dropping hints like leaving comments on each other’s Instagram posts. While Ranveer has been far more forthcoming with his comments, Deepika has been less enthusiastic. That until now–she has, of late, commenting more openly on his posts, writing a revealing ‘mine’ on two occasions.

Between, Priyanka-Nick, Ranbir-Alia and Deepika-Ranveer, Bollywood is gearing up for three high-profile celebrity marriages in the months to come.