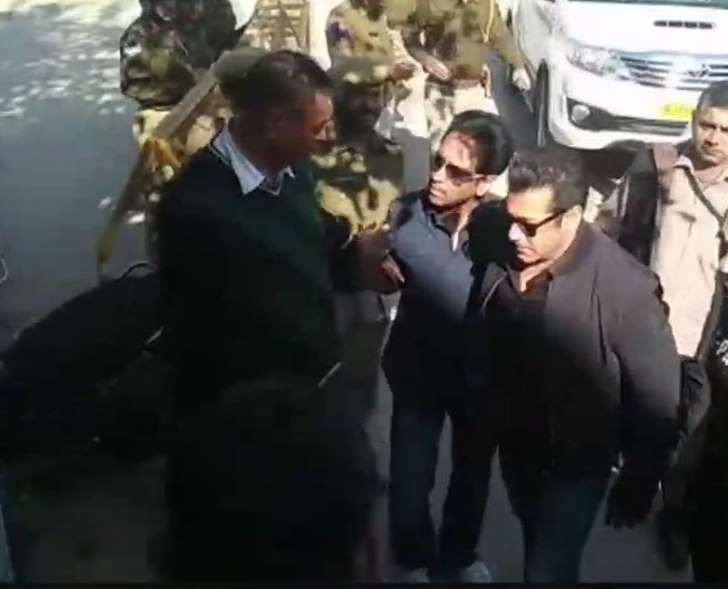 Salman Khan appeared in a Jodhpur court on Thursday (January 4) for hearing in the blackbuck and chinkara poaching cases. While he was in the Rajasthan city, a Punjab gangster reportedly threatened to kill the actor.

Interestingly, Salman has no relation to gangster Lawrence Bishnoi’s case, but the latter apparently wants to teach the Jodhpur police a lesson by killing the actor.

According to Hindustan Times, Lawrence was brought from Faridkot jail in Punjab to Jodhpur court on Friday. He is accused of murdering a businessman named Vasudev Israni.

However, Lawrence alleged that when Vasudev was killed he was in police custody. While talking to reporters about when he was brought to Jodhpur court, Lawrence issued a threat to kill Salman Khan.

“I will murder him (Salman Khan) in Jodhpur only. I will flee from police custody whenever I want but I am not escaping from custody anytime soon,” Lawrence said. “Now, if the police want me to do some major crime, I shall kill Salman Khan and that too in Jodhpur.”

According to an NDTV report, Lawrence is a notorious gangster and has been charged in over 20 cases of attempted murder, carjacking, extortion, snatching and some sections of the Arms Act in the Punjab-Haryana belt.

But, why Salman Khan? Well, here’s the connection.

It was the Bishnoi community that had brought up Salman’s blackbuck poaching case. Since then, the community considers the Bollywood actor a “villain”. And Lawrence is from this community.

Salman was accused of hunting three chinkaras in Jodhpur. The incident dates back to 1998, when Salman was shooting with Sonali Bendre, Saif Ali Khan and Tabu for the film Hum Saath Saath Hain.

In 2006, Salman was convicted by a trial court and handed jail sentences of one and five years, respectively, for allegedly poaching three chinkaras in two separate instances. But the Rajasthan High Court overturned the ruling and acquitted the actor in both the cases in July 2017.

The state government then moved Supreme Court against the acquittal, pleading that the actor be made to serve the rest of his sentence — of which he served nearly a week after being convicted in 2007.

In January 2017, Salman along with his Hum Saath Saath Hain co-stars Sonali Bendre, Saif Ali Khan and Tabu had pleaded not guilty.

Updated: This is not the first time Salman Khan has been targeted. Last year, in February, the actor reportedly had gotten an anonymous phone call, this time threatening to kill him. Mumbai Police had said the threat call to the super star was made to Police Control Room on February 16. Early in 2014, Salman Khan had similar threat call reportedly from the underworld don Ravi Pujari. In fact, way back in 2002, Salman Khan had told Mumbai Police that he was receiving threats from the underworld and had sought an arms licence.