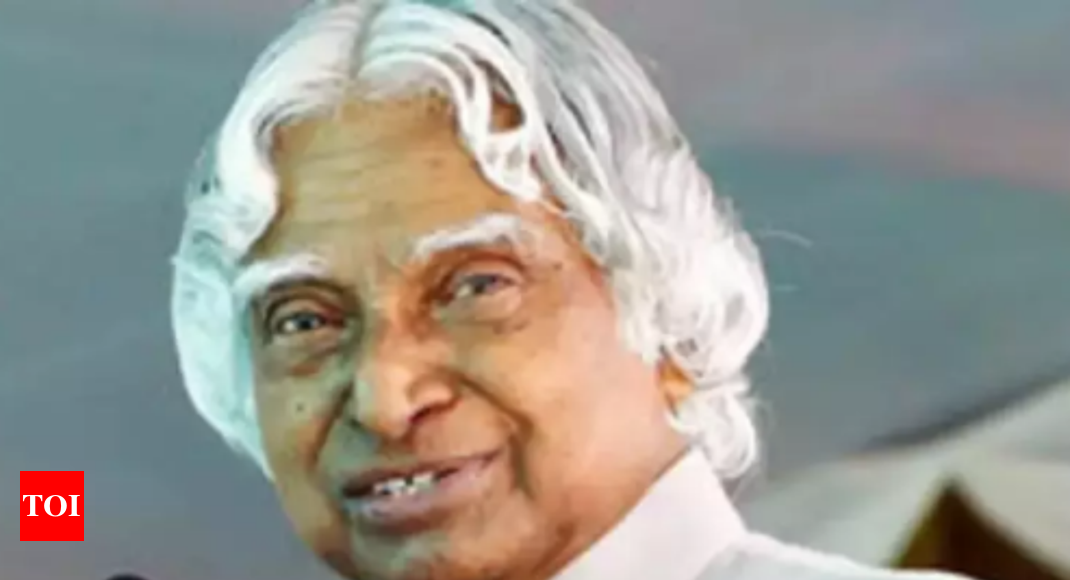 NEW DELHI: India’s ‘missile man’ Avul Pakir Jainulabdeen Abdul Kalam passed away on this very day, July 27, three years back.
Known in popular parlance as the ‘missile man’ who was the head architect of Pokhran II nuclear tests as well as the Agni and Prithvi missiles, Kalam was a symbol of knowledge, humility and national ambition; especially to the youth of the nation. There are a plethora of remarkable facts about the most venerated nuclear scientist of India, some of which are condensed to ten points in the list below:

·He had worked as an aeronautical engineer after having graduated from the Madras Institute of Technology. After joining the ISRO, Kalam presided over the development of India’s first satellite launch vehicle (SLV III) which was the vehicle for launching the Rohini satellite into the Earth’s orbit. This feat gained India entry to the exclusive Space Club.

·At Defence Research and Development Organization in 1982, Kalam was appointed by then Defence Minister R Venkataraman as the chief executive of the Integrated Guided Missile Development Programme, which oversaw the development of the Prithvi and Agni missiles. Kalam was personally involved in the operationalizing of the two missile systems.

·For seven years (1992-1999) Kalam remained the Chief Scientific Adviser to the PM and Secretary of the DRDO.

·Kalam engineered the Pokhran-II nuclear tests which were carried out in collaboration with the Department of Atomic Energy catapulted India into the club of Nuclear Powers, which were till then only exclusive to five countries—USA, China, UK, France and Russia.

·Apart from physics and defence, Kalam also left his fingerprints on efforts to improve healthcare in rural India. Together with cardiologist Soma Raju, he developed a low-cost stent which was thereafter christened the Kalam-Raju stent.

·In 2002, he defeated Lakshmi Sahgal to become the President of India. He has been immortalized in the country’s history as the ‘People’s President’, owing to his ‘outsider to politics’ status and illustrious academic background.

·He was the President who signed the ‘Office of Profit’ bill into a law.

·He was awarded all the highest civilian honours in the country, including the Padma Bhushan, Padma Bibhushan and the Bharat Ratna.

·He was the first President who was a bachelor and a vegetarian.