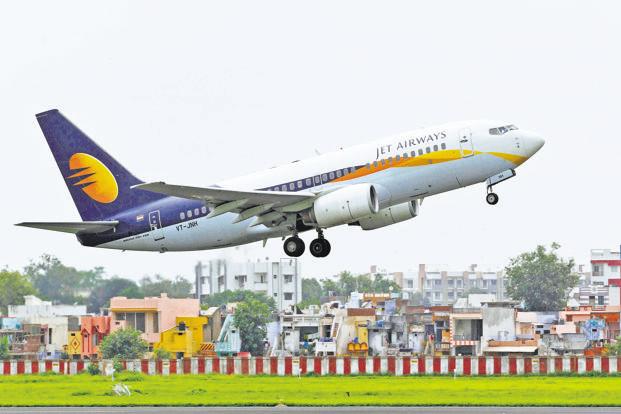 Cash-strapped Jet Airways, which was forced to delay its earnings announcement and is under watch over debt repayments, has initiated a formal stake-sale process to raise $350-400 million from global private equity firms, The Economic Times reported. The stock exchanges were questioning the airline over its decision to delay earnings. Mint further reported that the worst is possibly yet to come, Mint reported on 10 August. Read more

PVR Ltd on Sunday said it has agreed to buy a 71.7% stake in SPI Cinemas Pvt. Ltd for ₹ 633 crore—a move that will help India’s largest multiplex operator boost its presence in the lucrative south Indian market, Mint reported. The acquisition of SPI, the largest cinema exhibitor in south India, will make PVR the seventh largest cinema exhibitor in the world. Read more

KKR to acquire 60% stake in Ramki Enviro for $530 million

Kishore Biyani said his flagship company Future Retail could close a deal with a foreign investor in the next two months due to a large database created from nearly 500 million customers annually, The Economic Times reported. It is reportedly in talks with Amazon. Although Foreign Direct Investment in multi-brand retail is prohibited, Amazon’s investment arm could invest in the venture. Read more

US-based private equity firm Blackstone is in final talks with another PE fund Xander to sell its infotech parks in Pune for around Rs20 billion, sources told Business Standard. Blackstone is selling its BlueRidge special economic zone (SEZ) and another SEZ at Hinjewadi in Pune, which are not part of its joint ventures. Read more

The GVK-led consortium, which is developing the Navi Mumbai International Airport, is in talks with banks to raise around Rs135 billion to fund its second-phase expansion plan, Business Standard reported. “State Bank of India is evaluating the proposal, and based on the outcome, many other public sector banks are likely to participate,” a senior banking source said. Read more

Billionaire investor Daniel Loeb’s hedge fund made a string of new investments in the information technology sector, including buying 10.7 million shares of NXP Semiconductors NV, during the second quarter, according to a regulatory filing on Friday, reported Reuters. The $18 billion fund also said that NXP became its second largest position after Baxter International Inc. Read more

VF Corp., owner of Lee and Wrangler jeans, is exploring strategic options for its denim business that could include a sale or spin-off of the classic American brands, according to people familiar with the situation, The Wall Street Journal reported. Read more

Tesla Inc’s board has not yet received a detailed financing plan from CEO Elon Musk, and is seeking more information about how he will take the U.S. electric car maker private in a proposed deal worth $72 billion, people familiar with the matter told Reuters on Thursday. Read more

Beijing MyDreamPlus Technology Co. Ltd. raised $120 million in a funding round led by Hillhouse Capital and General Atlantic as competition in China’s co-working market heats up, Bloomberg reported. The financing comes just weeks after the Chinese unit of WeWork Cos. said it was raising $500 million to boost growth in the country. Read more

Acquisitions worth more than $540 billion have been scuppered so far this year as blockbuster takeovers have come under renewed threat from government scrutiny, the Financial Times reported. Countries are increasingly turning to foreign investment laws to block deals in sensitive industries, including the technology and utility sectors, while antitrust regulators have put up barriers to several multibillion-dollar transactions this year. Read more