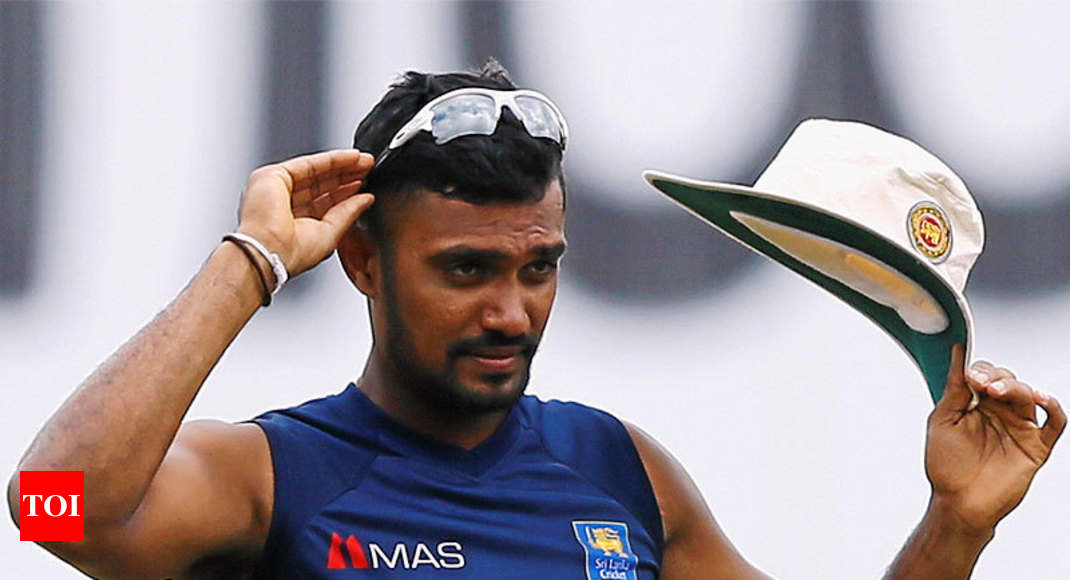 COLOMBO: Sri Lanka all-rounder Danushka Gunathilaka has been banned for six international matches for breaching code of conduct regulations, the country’s cricket board said on Friday.

Sri Lanka Cricket, the national governing body, had launched an inquiry into alleged misconduct by the 27-year-old and had suspended him from all forms of international cricket at the conclusion of the second Test against South Africa.

Gunathilaka was banned for three matches by SLC last October for misconduct during the home series against India and was also handed a suspended sentence of an additional three matches over a one-year period.

“Out of the total six matches, three matches have been handed over for the latest violation of the ‘Player Code of Conduct and Contractual Obligation’ he has entered to with Sri Lanka Cricket,” the board said in a statement.

“Whilst another 3 matches are given from a suspended sentence of one year, which Gunathilaka was already serving since 18th October, 2017, for breaching the ‘Player Contract,’ in an earlier occasion.”

Gunathilaka, who has played five Tests, 33 one-day internationals and 15 Twenty20 matches, will also lose his match fee for the second Test against South Africa along with any bonus or other related payments.