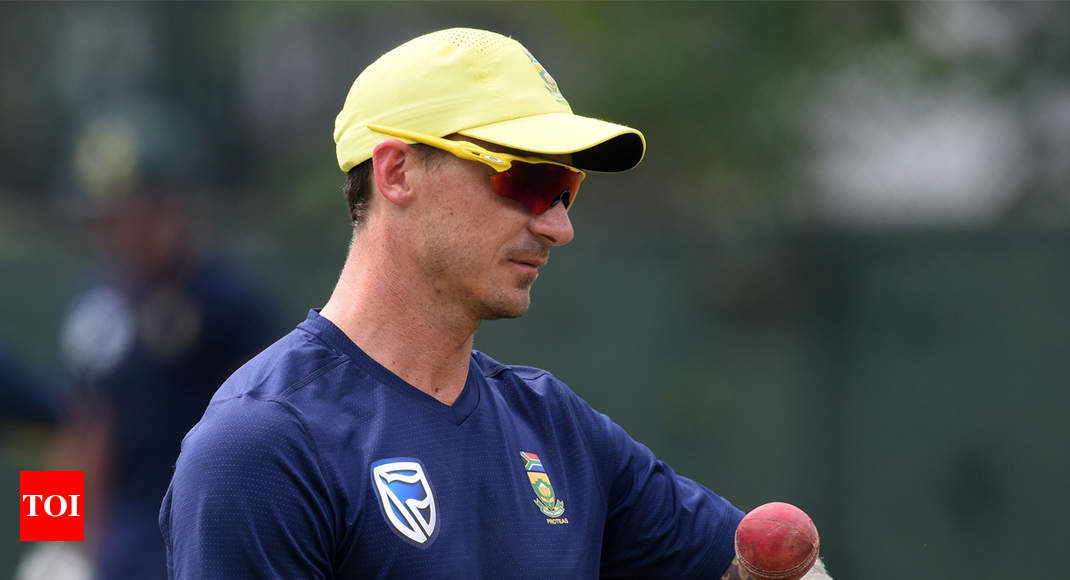 MUMBAI: Plagued by injuries over the last couple of years, veteran South Africa fast bowler Dale Steyn is aiming to retire from limited overs cricket after the 2019 World Cup in England.

“I will be trying to get to that World Cup (in England). But after the World Cup I don’t see myself playing white ball cricket for South Africa. By the time the next World Cup comes, I will be 40,” Steyn said at a promotional event, here on Thursday.

Steyn is hopeful that his huge experience would help him earn a place in that UK bound World Cup squad.

“If you look at the (SA) batting line-up, our top six have played 1,000 games, but lower half – from eight to eleven who are currently playing – not even 150 games. You need to draw on experience.

“I hope that will be my trump card when the selection comes to the World Cup. I may not necessarily play all the time. But I think my experience will help with me just being there,” he said.

However, Steyn said that he would love to continue playing Test cricket even after 2019 World Cup.

“When it comes to Test cricket, I would like to play as long as possible. I have finally come out of a cloud of injuries. I broke my shoulder and in my first game on return (against India at Cape Town), I landed in a foothole. It was rotten luck.”

“It’s quite difficult to come back from a broken shoulder, especially with your bowling arm. I feel that’s (injury) gone and now I am fit. I played two Test matches without an injury (against Sri Lanka recently), bowled at good pace and never went off the field because of niggles. It’s a big plus,” he added during an event organised by ‘Go Pro’.

Steyn however struggled for wickets against Sri Lanka. He got one each in the two innings of the opening Test and none in the second.

“Wickets are something that’s not guaranteed. I am happy I came out 100 per cent (fitness wise). That’s the biggest cloud I have gotten over, especially after the last two years,” he explained.

About South Africa being hammered 2-0 by hosts Lanka, Steyn complimented the islanders for playing to their strength, relying on spin in helpful conditions.

“The wickets were tough to play on. Sri Lanka also played good cricket. They played their cards right. Preparation was difficult (for SA). They came out trumps. Hats off to them; they played better cricket,” he said.

Steyn in in favour of doing away with the toss and emphasised that cricket has changed so much there’s no point in sticking to age-old traditions.

And then with a bit of sarcasm added that if people talk about changes, then there has been enough to horrify the purists.

“(Cricket pioneer) W G Grace will be rolling in his grave if he heard something called the free-hit; a batsman can be out but he’s not out and score four runs off the ball because it’s a no-ball. Traditional cricket has gone out the window. T20 cricket has changed the game,” Steyn’s reply won’t amuse the custodians of the game.

“If someone says it’s (doing away with the toss) going against the traditional thing, he’s blind. The game has changed so much; you have to keep up with the times. England is doing something really well. In County Cricket, the toss is gone. You can look at the pitch as the visiting team and can decide what to do.”

“I think that’s a good way they are doing it, it might be the way to go forward – do away with the toss completely; When a visiting team gets to choose (to bat or field). You get to prepare the pitch, but we get to choose we want to do on it,” Steyn said.

He also agreed that flat decks in ODIs have completely taken the bowlers out of equation.

“The generally flat wickets in ODIs have taken bowlers completely out of the equation. Two balls – is ridiculous. You take the skill out of the game. I grew up watching Wasim Akram and Waqar Younis (former Pakistan pacers) reversing the ball. But now try naming one player reverse-swinging the ball!”

Steyn believes that a direct fall-out of flat pitches is the reason why the likes of Steve Smith, David Warner indulged in ball tampering during their series against South Africa earlier this year.

“Players are going to the extent of taking sand paper on the field. It might sound funny, but it’s a desperate plea for cricket to change. Players are getting into more trouble trying to make the ball do something.”