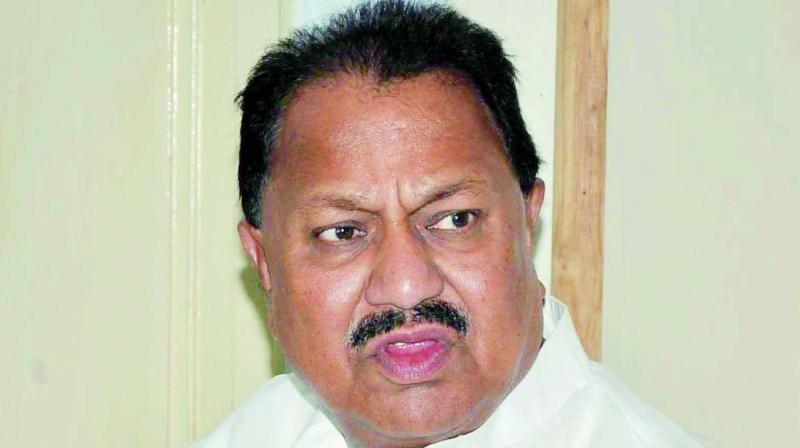 Hyderabad: In significant, fast-moving political developments, the Telangana Rashtra Samiti is preparing to expel its senior leader and MP D. Srinivas from the party.

They said Mr Srinivas has been in Delhi for three days and has met many Congress leaders including Ghulam Nabi Azad. Mr Srinivas denied meeting Ghulam Nabi Azad. He told the media that he was in Delhi on personal work. “If one goes to Delhi who else does one see but Congress leaders,” he said. He said that the TRS leaders should have discussed matters with him directly.

Mr Srinivas said that the Chief Minister’s Office “told me that CM KCR will meet me. That’s why I came from Delhi. I received a phone from the CMO and was informed that they will call me on Thursday after the CM returns from Vijayawada. If the CM wants he will call me. I have no problem, whatever decision will be taken by CM KCR there is no problem for me.”

D Sanjay, the son of D Srinivas, said that Ms Kavitha, MP and prime mover against Mr Srinivas is afraid that she will be defeated in the next elections.

Sources close to Mr Srinivas said that he is planning to resign from the TRS before the TRS expels him. There is also speculation that D Srinivas may join the Congress party as UPA chairperson Sonia Gandhi is sympathetic towards him. Sources said some AICC leaders are pressuring Mr Srinivas to return to the fold.