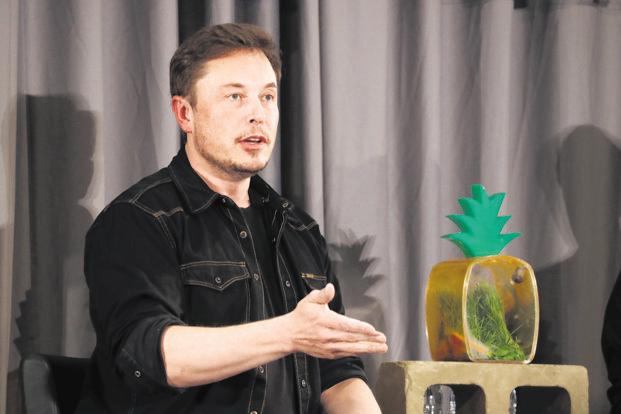 Crispin Odey said Tesla Inc.’s short sellers may finally start to see their bets against the electric carmaker pay off. “Shorts like Tesla have been difficult to hold on to,” the hedge fund manager wrote in a letter to investors. “However, Tesla feels like it is entering the final stage of its life,” he wrote, comparing chairman Elon Musk’s behaviour to that of Donald Crowhurst, the amateur sailor who set off in the 1960s on a solo voyage around the world and never came back.

Tesla’s shares have been on a wild ride as investors fretted that Musk may have violated securities rules by tweeting prematurely about plans to take his company private. After initially surging after his 7 August tweet, they have since plunged, with losses deepening on Friday after Musk told the New York Times that no one saw or reviewed that tweet before he posted it. The billionaire frequently teared up in the interview and discussed the strain of heading the company, the newspaper reported.

In spite of all the blow back that Musk has gotten from his detractors, Tesla is still valued highly by its investors. At $53.4 billion, it has a greater market capitalization than Ford Motor Co. or General Motors Co. Its shares have posted an annualized gain of more 40 percent since 2010, far more than the broader market.

Musk has recently berated short-sellers, but said in the interview that they are “not dumb guys, but they’re not supersmart. They’re O.K. They’re smartish.” Tesla is Odey European Inc.’s second-biggest equity short position.

Tesla does not have the infrastructure or underwriting ability to control the used car market for its vehicles and will face increased competition from other electric car makers, Odey wrote.

At its August peak, the carmaker had more than $13 billion worth of shares sold short, an amount that’s equivalent to about a quarter of its total available for trading. While that’s an unusually high amount, 42 companies had at least a third of their shares sold short as of Thursday. The $13 billion pales in in comparison to Alibaba Group Holding Ltd, the Chinese Internet monolith, where bearish bets recently approached $25 billion.

What’s set Tesla apart from other giant short positions is the duration of the bets. While most of these event-driven short bets tend to unwind quickly, investors’ scepticism over Tesla has persisted. Hedge fund managers from Jim Chanos to David Einhorn have been among the carmaker’s most vocal public critics, while Aristides Capital reported its biggest position is a Tesla short.

Odey has for years anticipated a market sell-off and suffered as his predictions haven’t panned out, with his flagship hedge fund plummeting in 2016 and 2017. Odey European Inc., which manages 202 million euros ($230.6 million), has seen a recovery recently, posting positive returns every month this year. It rose 2% in July and is up 25.8% this year, according to the firm’s July investor letter.

“The path this fund has taken to reach this place was so painful, but now I would not swap this portfolio for anyone else’s,” Odey wrote in the letter. “It is a pity you aren’t give it a try.”