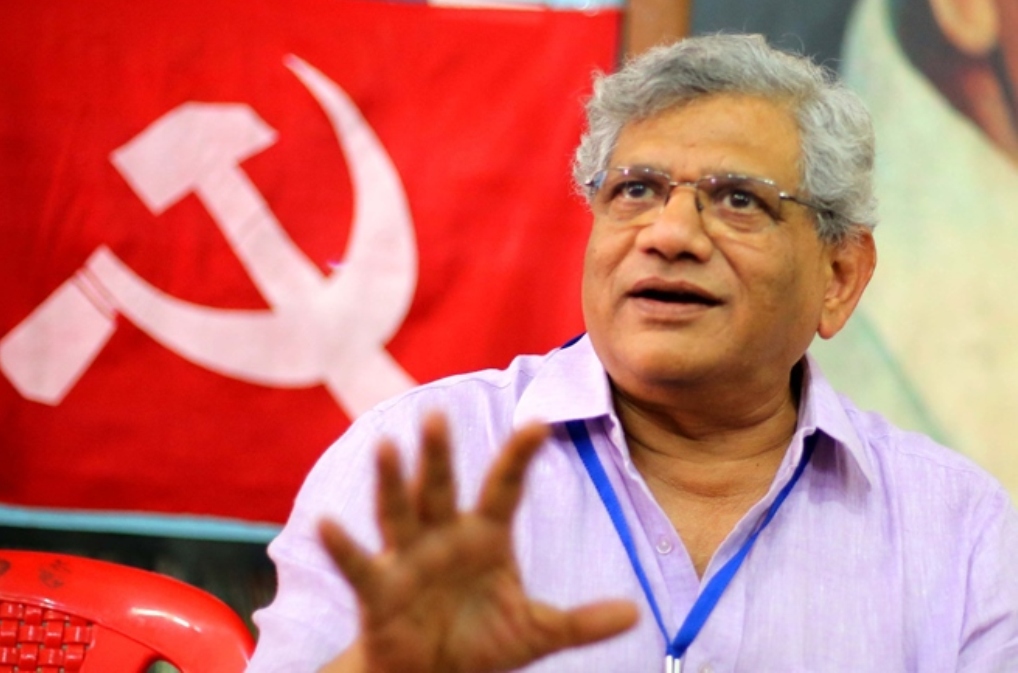 In a blow to CPI(M) general secretary Sitaram Yechury, the party’s all-important central committee on Sunday voted down his proposal to allow a political understanding with the Congress and other parties. Party insiders said the voting was on expected lines after a stormy debate over his draft on Saturday night during which Yechury even offered to step down. Senior leaders stopped him, said a CPI(M) central committee member who did not want to be named. This effectively means the CPI(M) will not enter into any pre-poll understanding with the Congress, although it could keep its options open for a pact after the 2019 general elections. In the highpitched ideological battle between Yechury and his predecessor Prakash Karat, the latter found support of the powerful Kerala lobby, while members from West Bengal and Tripura backed Yechury. The thumbs-down to Yechury’s proposal on the concluding day of the CPI(M) central committee’s three-day meet in Kolkata comes at a time when national and regional opposition parties are talking of forging an alliance against the BJP.

Of the members who participated, only 31 voted in favour of Yechury’s document, while 57 voted against it. A senior committee member from Tripura, Khagen Das, died of heart attack in the early hours of Sunday. Karat’s draft, after incorporating several amendments, will now be presented by Yechury at the 22nd party congress for final adoption in April. Party insiders said Yechury’s backers may also give a final push to change the party’s tactical line during the April meeting.

“Our party congress is the highest decision-making body. It will decide the CPI(M)’s final strategy. Right now our stand is very clear. There cannot be any understanding or electoral alliance with Congress,” Yechury told the media before leaving for Delhi. “We will have a concrete policy before the next elections.”

Asked whether he had offered to step down on Saturday, Yechury avoided a direct reply. “I am here before you as general secretary because the CPI(M) politburo and centralcommittee has sent me,” he said. With the CPI(M) organisational elections taking place in every state and at all levels, many central leaders feel that by the time their party congress takes place, the new committees will have fresh members who will speak in favour of an alliance with the Congress.

In such a scenario, the CPI(M) may plan a new strategy before the 2019 general elections.