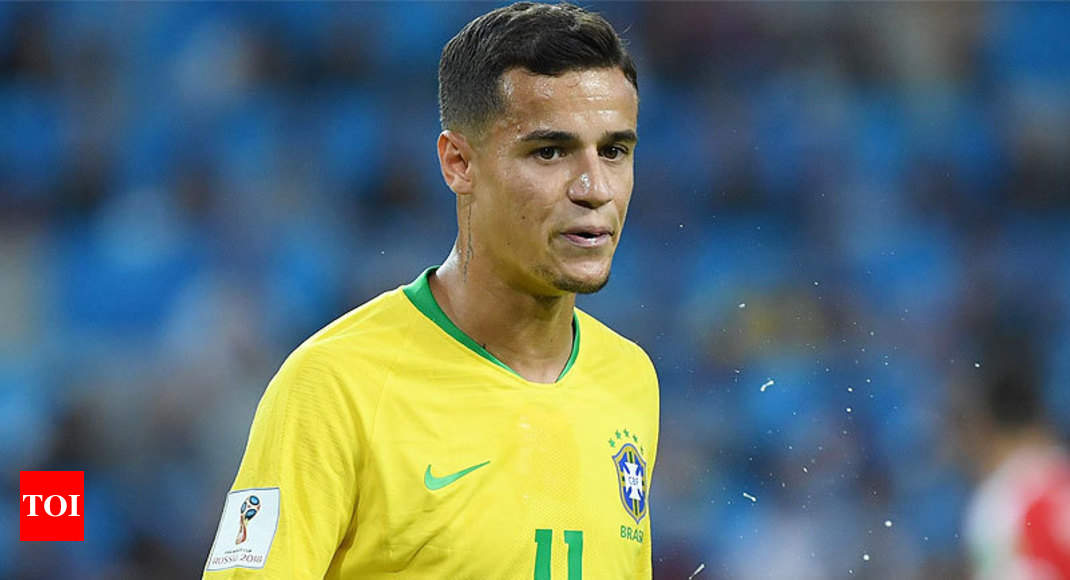 NEW DELHI: Former Brazilian footballer Jose Ramirez Barreto feels if victory is the ultimate goal, then Brazil need to keep focusing their preparation on the mental and technical aspects because their ability is going to be put to real test from now on.

In his column for TOI, Barreto wrote, “A loss in the Round of 16, after coming this far, can send two years’ worth of hard work straight into the ditch. For Neymar’s generation, the impact of a loss may be even greater, as there have years of accumulated failures since they last lifted the World Cup in 2002. Gabriel Jesus’ trademark hand gesture – Alomãe (Hello Mother) – has yet to make an appearance in Russia. He was the top scorer for the Brazilians with 10 goals in the World Cup qualifiers and warm-ups. He wears the No. 9 jersey, a big one for him to fill as that number belonged to a certain Ronaldo Luís Nazário de Lima – O Fenômeno. He has yet to live up to the history of that shirt in this World Cup: according to FIFA data, Jesus has had six chances of finishing, one less than Coutinho, and Neymar 18. Coutinho is in brilliant form and everyone is expecting Neymar to shine but so far Coutinho has been the main star for Brazil with his goals and assists.”

“Brazil have been gaining a lot of support for their match against Mexico. However, we must not forget that Mexico have some very skilled players of their own, like Hirving Lozano and Carlos Vela. If they exhibit the same energy they did in their 1-0 win over Germany in the group stage, Mexico have a great chance to oust the five-time champions. However, they will have to get past the trio of Neymar, Coutinho and Firmino. On Saturday, in a clash of former champions, Argentina will take on France. The Albicelestes have managed to find a formation that pleases Messi. They played 4-4-2 in place of 3-4-3, against Nigeria, which helped them beat the Africans 2-1 and make it to the knock-out stage. Right up to the eve of the World Cup finals, and even during, Jorge Sampaoli kept making changes to try and find some definition in the Argentine team. This time his choice was reasonable, given the result,” Barreto added.

“Finally, a word on Germany. They came into this World Cup as champions, and that brings its own pressure,” Barreto signed off.