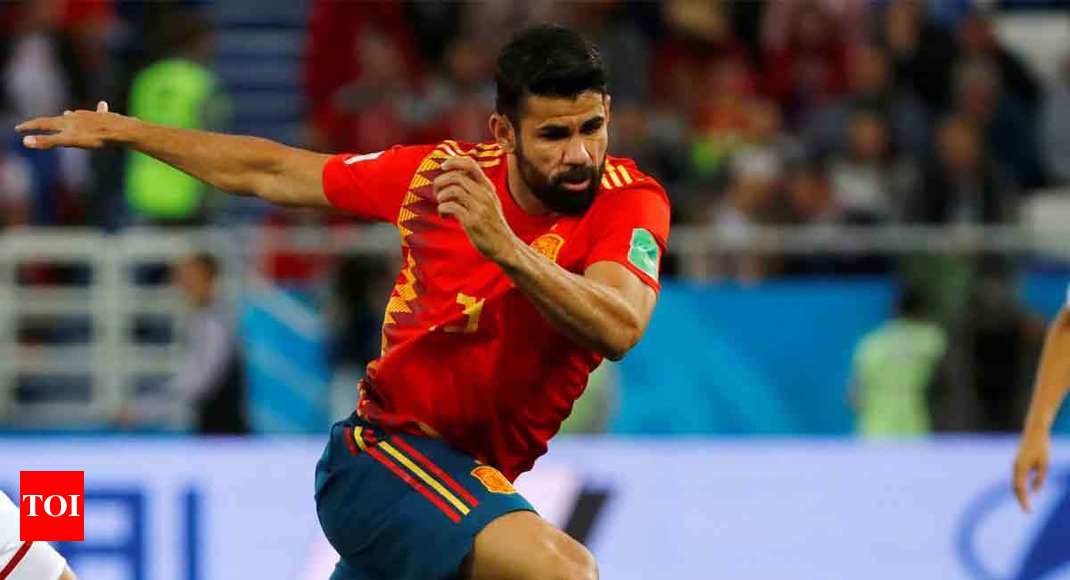 CHENNAI: Spain have weathered the early storm and now they take on Russia on Sunday for a place in the quarterfinals. Former Spanish and Real Madrid star Fernando Morientes feels the initial flutter was par for the course and now La Roja should do well.

“It was supposed to happen. When you change a coach right at the start, there will be a few flutters. But I am glad Spain overcame it because of Fernando Hierro, who brought all his experience and expertise into play.

The fact that Spain have a lot of leaders like (Andres) Iniesta, (Gerard) Pique, and (Sergio) Ramos also helped. They could show youngsters like Isco, Thiago the larger picture. I feel they will be a dangerous force now because the older generation will know that these will be their last chance while the youngsters are hungry for international success,” Morientes told TOI in an interaction facilitated by La Liga.

Even though Spain have scored six goals, their defence has looked scratchy and struggled against counter-attacks. Russia then will definitely want to exploit such weakness on Sunday. “Our defenders always play high and that inevitably leaves huge spaces. But then Pique and Ramos are the best options available for Hierro. So Spain need to defend together if they want to thwart a counter-attack. Also, Spain will face the hosts, meaning the crowd support will be against them. Given the way the World Cup has panned out, they don’t want to take Russia lightly,” Morientes said.

Spain, though, have shown champion quality upfront when their midfielders and strikers clicked. Morientes, who scored 27 goals in 47 appearances for Spain, had words of praise for striker Diego Costa, who has three goals to his name. “Nowadays, the role of a No.9 has changed drastically as the strikers need to move a lot and help in building the attack. But I am impressed with the way Costa has played. He has the values of a traditional No. 9 and that suits perfectly for this Spain team.

He has shown great game awareness and his understanding with Isco, Iniesta and David Silva has reflected in the goals he has scored,” the former Real Madrid striker said.

That Costa has proved so effective has a lot to do with the dynamic Spanish midfield. Led by Iniesta, Spain have the ability to roll over opponents when the likes of Isco, David Silva go for the jugular. No wonder Morientes feels that despite the defensive frailties, Spain should never look to alter their attacking approach. “The strength of this side is their aggressive football. Isco has been the face of Spain’s attack while Iniesta has been the side’s engine. They drive Spain forward. Isco has been one of the top performers and showing a lot of maturity. Iniesta, on the other hand, has looked sharp. He knows this will be his last World Cup and is playing every match like his final game. So their form will be crucial,” Morientes said.