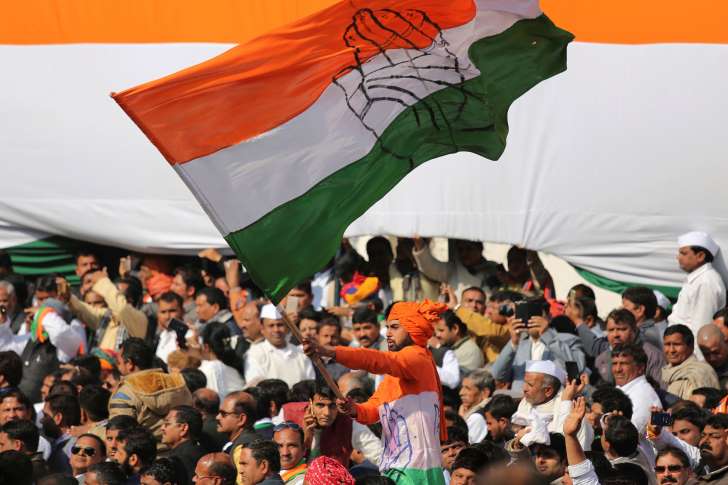 Months after being abandoned by some of its own party leaders, the Congress is witnessing an unprecedented rush of ghar wapsi (homecoming), thanks to party chief Rahul Gandhi.

Ever since Rahul took charge of the party, he has clearly instructed state unit heads that they should reach out to disgruntled party leaders who moved on to the BJP or other political parties, and make all possible efforts to bring them back into the party fold.

Some of the initial responses from its former leaders have been encouraging for the party so far.

On Thursday, in a major boost to its Uttar Pradesh unit, around 24 former Congress MLAs and MLCs and 74 BSP leaders, including top office bearers and former MLA/MLCs, joined the party.

Over the past one month, Delhi unit chief Ajay Maken, after a long spell of internal bickering in the partys state team, reached out to senior leaders of the party, such as former chief minister Sheila Dikshit and her aides Kiran Walia and Arvinder Singh Lovely, and projected a united face of the party in the Capital. Lovely rejoined the party earlier last week.

“When I had left the party, it was with a heavy heart and due to some miscommunication. Maken ji made an effort to clear all differences and bridge this communication gap and when party president Rahul Gandhi himself spoke to me, there was no question of not coming back, Lovely, a former Congress minister,” told Mail Today.

“I first had a meeting with Rahul ji and then joined the party. We might have drifted away from the party for a while but our ideology and beliefs draw us back to the Congress,” he added.

“In times like these, when there is such crisis and lack of governance in the Delhi and repeated attacks on democratic ideals in the country, the Congress needs to stand united. We have to take on the BJP as a united force today and that is the message from our party chief too,” Lovely further said.

“What is interesting is that it shows in which direction the wind is blowing. If so many leaders are coming back to the party, it must be understood that there is a very strong undercurrent against the BJP and in favour of the Congress. As for the party, it is great news because it manages to show that it stands united once again,” said a senior party functionary.

He further added, “I was an ideological misfit in the BJP, Lovely told media persons during a brief interaction with them after his re-induction into the Congress week.”