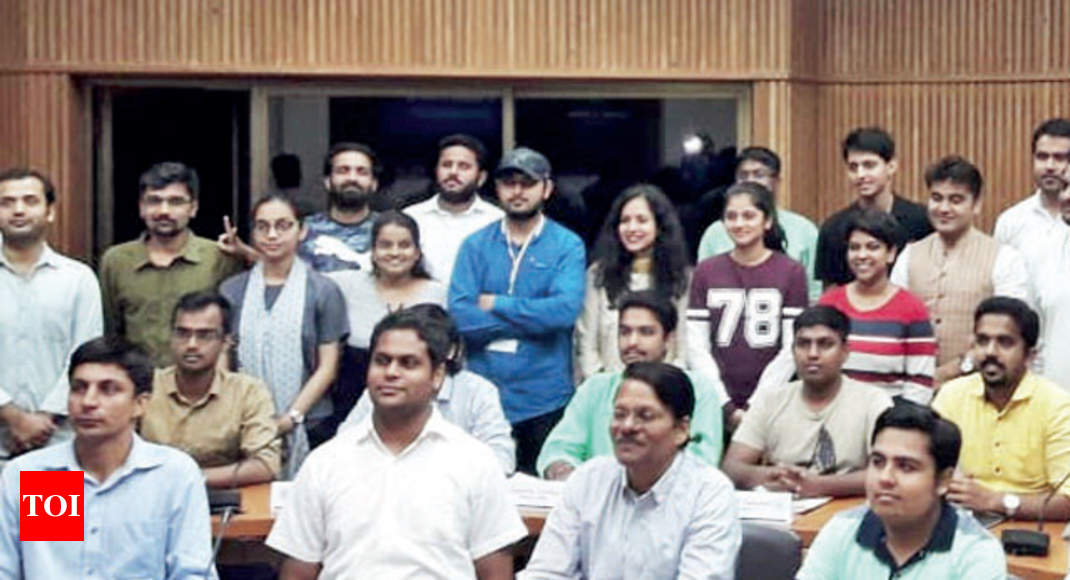 It was a Chinese friend who told Harshal Kate, 28, about “a very interesting public policy” programme. He then applied with an essay on public policy challenges facing India. Two weeks later he heard back from the organisersthe Congress party. He’d been chosen as one of the 35 young fellows to attend a four-week fellowship to understand the politics behind public policy. In June, Congress opened its doors to young students from varied academic and socio-economic backgrounds to interact with senior members and domain experts to understand the mechanics of this aspect of government.
Most of the 35 fellows were wary of Congress pushing its own ideology and propaganda.

“But we have been pleasantly surprised,” said Kate, who will begin his PhD in economics at the Indian Institute of Technology in Delhi next month. “We have interacted with former ministers and understood what went behind policy decisions. Not even once has anyone brushed aside our questions. They have talked about India’s foreign policy, how the Land Acquisition Bill was framed, even why Emergency was imposed–everything.”

Among those they interacted with were former finance minister P Chidambaram, Congress president Rahul Gandhi’s trusted lieutenant and former bureaucrat K Raju and former chief election commissioner SY Quraishi. The programme was crafted to make the fellows better understand how policies are made, why Congress took a particular stand on an issue and the socioeconomic challenges facing the party.

“We were surprised that a leader even accepted Emergency excesses were wrong in his views but then went on to justify the politics behind the decision,” said Abhay Singh Tomar, a second-year law student from Banaras Hindu University. “We have learnt so much as to how a political party functions and how it does what.” At the end of each day, fellows had to write a blog on their learnings.

IMPROVISING ON THE JOB
ET spent a day interacting with the fellows and attending closed-door sessions at the India International Centre annexe. They were busy on their laptops during the lunch break, having been handed a task that needed to be completed.

National Students Union of India (NSUI) joint secretary Ruchi Gupta, the brains behind the fellowship, had just told them that the Congress student wing would be participating in stakeholder consultations on the draft Higher Education Commission of India Bill 2018, which will replace the University Grants Commission Act. “This is a practical problem we have posed before them–read it and help us in framing the comments,” Gupta said.

It is this chance at practical problem solving that has the fellows excited. That and the field trips.

“Some of us were taken to a slum area in New Seemapuri near Dilshad Garden and the rest went to Jagdamba Camp,” recalled Chandan Karmhe, a final year law student from Delhi University. “We saw medical waste dumped in the open. For most of us, interacting with slum dwellers was a first. We talked about their local MLA and Swachh Bharat. So far, we had been only reading about these problems but going there and seeing the squalor from inside was a real experience.”

They also visited Parliament. “It was very interesting to see where it all happens,” said Karmhe, who noted that MPs were in the central hall of Parliament interacting with each other even when there wasn’t a session going on.

IMAGE MAKEOVER
Even though there is no attempt at overt propaganda during the four weeks of the programme, the party is looking at it as an avenue for an image makeover of sorts. For long, NSUI has largely been associated with dharna politics, which doesn’t always make for an edifying spectacle. The party itself has long been at the receiving end of barbs on dynasty rule. The fellowship is an attempt to change the discourse.

“We are trying to make a substantive intervention in the public discourse which has largely become very person-centric,” Gupta said. “Another aim is to make young people understand the politics behind public policy. But the most important is to be able to showcase the different avenues young people can explore by joining Congress.”

Gupta is herself from a non-political family. “Young people often feel that they would have to just hang around like lackeys wasting their time or the lack of respect they might have in the Congress party,” she said. “We have brought forward young professionals in the programme who have been contributing meaningfully in Congress.”

For almost all the fellows, the programme has shown how they can contribute.

“I have never been interested in electoral politics but I have been keen on public policy,” Tomar said. “Now I know how I can be involved in the political process.”

For Genesia Rodrigues, a Mumbaikar who is studying law in Bengaluru, the programme has been an eyeopener.

“I still have a year to figure out what I want to do. But in this programme, when we met Mohammad Khan, an advocate, Praveen Chakrabarti, who is doing data analytics in Congress, and then Rajeev Satav, who has risen from the ranks to be an MP, I have realised that electoral politics is not the only avenue. I can contribute in my own way,” Rodrigues said.