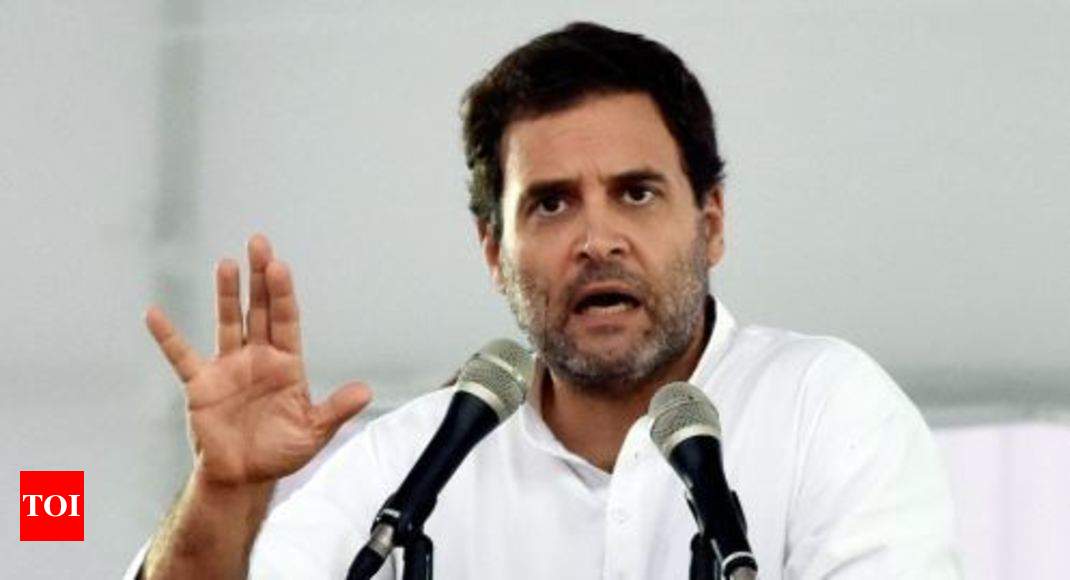 NEW DELHI: All elected representatives of the Congress party in Parliament, legislative assemblies and legislative councils will donate a month’s salary to support the relief and rehabilitation work in disaster-hit Kerala.

The announcement came following a meeting of Congress president Rahul Gandhi with party leaders where he is learnt to have urged Congress workers to extend “every possible assistance” to the flood-hit state.

Insisting that Prime Minister Modi should “not play politics” in such matters, Rahul also mentioned that the Kerala situation should be declared a “national calamity” with immediate effect.

Over 300 people have died in the floods and an initial assessment of the damage by the Kerala government has pegged the losses at over Rs 1,900 crore.

In a series of tweets urging immediate assistance to Kerala, Rahul said that while the PM had announced a sum of Rs 500 crore for the state, this was “nowhere near enough” in light of the enormous losses the state is faced with.

Dear PM, Increasing funds allocated for Kerala relief to Rs.500 Cr is a good step but nowhere near enough. It is c… https://t.co/tQJzIGtgQD

Congress spokesperson Randeep Surjewala also said that the Congress had unanimously called for PM Modi to “stop discriminating in the matters of flood relief between BJP and non-BJP governments.”

He also said Congress governments in different states have contributed to relief funds, while all party MPs, MLAs, MLCs will donate one-month’s salary for relief measures.