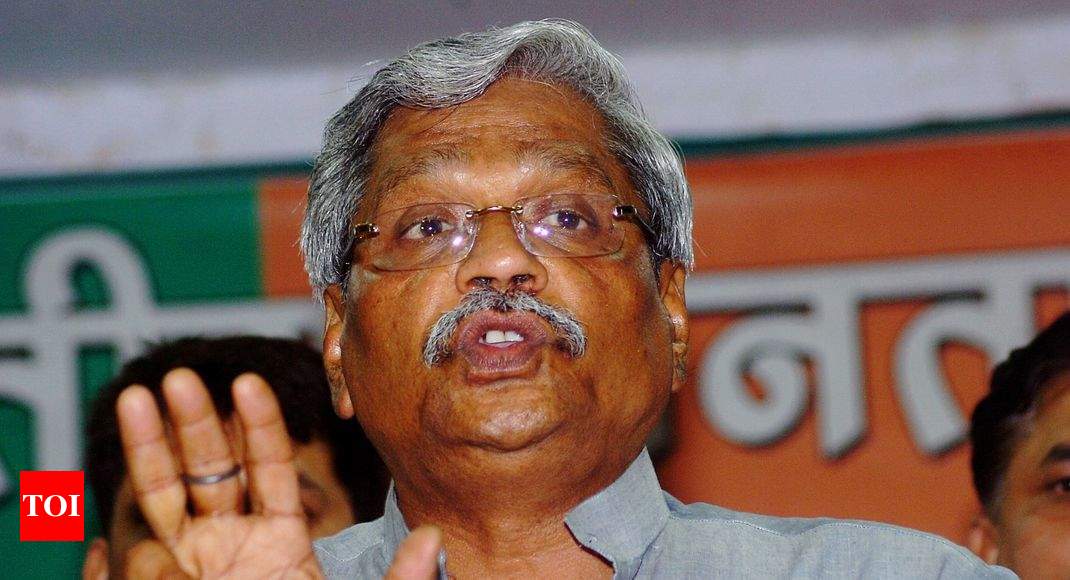 NEW DELHI: The Congress is a “faceless, senseless and baseless” party that has no public leader and will be wiped out of Madhya Pradesh in the upcoming Assembly polls, former BJP state president Prabhat Jha said.

Jha, a Rajya Sabha MP and a BJP national vice president, also claimed that there was no anti-incumbency factor and the saffron party, which is in power in the state for the last 15 years, is receiving “tremendous” support from the people.

Polls are due in the state in a few months.

Out of the 29 Lok Sabha seats in Madhya Pradesh, 26 are with the BJP and the Congress has just three MPs – Jyotiraditya Scindia, Kamal Nath and Kantilal Bhuria, he said.

“It explains that nothing is left for the Congress in the state. It is already divided into various factions. They do not have a face (to project as CM)…They are faceless, senseless and baseless. The party will be wiped out,” Jha said.

Speaking to PTI over phone from MP’s Rajgarh district, he said over 25,000 people attended a programme under the BJP’s Jan Ashirwad Yatra yesterday to show their support to chief minister Chouhan.This shows that the people are with us, Jha said.

“I took part in the campaigning for the 2008 and 2013 Assembly elections, but this time the support of people is tremendous,” he said.

Over distribution of tickets to sitting ministers and MLAs, the Rajya Sabha MP said the party will decide on it and focus will be on winnability of a candidate.

The BJP’s target is 200 seats out of the 230 Assembly constituencies in the state, he said, adding that the party’s slogan for the polls is “Abki bar 200 par (This elections, more than 200 seats)”.

The saffron party had won 165 seats in the 2013 Assembly elections, while its main competitor Congress had won 58.

On the appointment of Scindia and Nath as the state’s campaign committee chief and state unit president, respectively, he said, “Kamal Nath is a man of the corporate sector and Scindia belongs to a dynastic family… They are not public leaders. They are restricted to Chhindwara and Guna constituencies only.”

“They have failed to ensure victory in the constituency adjacent to there’s. Basically, they are not state leaders,” the former BJP Madhya Pradesh unit president said.

Over the ruling party’s defeat in several by-elections for Assembly constituencies in the state, Jha said all the four seats were earlier held by the Congress. They had just retained the seats and “we failed to snatch it from them”, he said.

The Congress had won the by-polls to the Mungaoli, Kolaras, Chitrakoot and Ater Assembly seats, held between April 2017 and March 2018, while the BJP had retained the Bandhavgarh seat.

On Gujarat Patidar leader Hardik Patel’s announcement of holding a yatra in the state to create “awareness” among voters, Jha said, “He has no image in Madhya Pradesh. The Patidars are with Chief Minister Chouhan and the BJP.”

Claiming that only farmers’ leader of the Congress protest against the state government, he said, “We organised a rally on August 5 in Piplya Mandi where farmers got shot in the protest last year. The public programme was at 2.40 in the night, still more than 40,000 farmers took part in it. This shows they are with us.”

Six people had lost their lives when police opened fire on them during the farmers’ agitation at Piplya Mandi village near Mandsaur on June 6 last year.