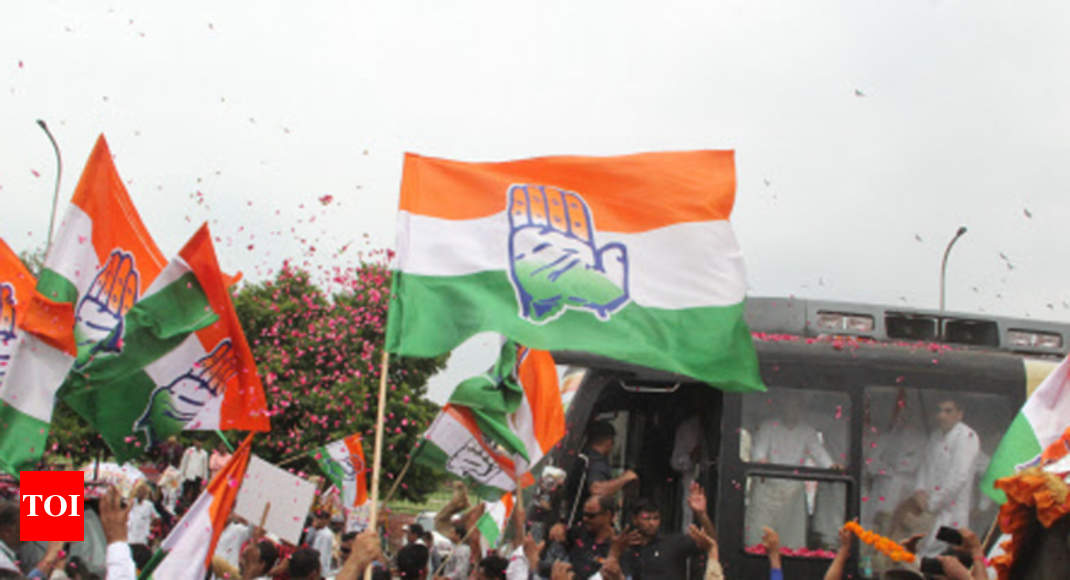 Out of power for 15 years, Congress hopes to ride back to power in Chhattisgarh on two major poll promises – complete farm loan waiver and halving electricity bills across the state.
The Congress has framed two different campaigns for rural and urban areas in Chhattisgarh. With 76% of the population of Chhattisgarh living in rural areas, Congress has a meticulously-planned rural campaign, which would hinge on one big poll promise – complete farm loan waiver. The party’s campaign would bring out the failures of the Raman Singh government and put forward its vision, which would include improving irrigation capacity, training village youth to open cottage industry, a detailed plan to treat agricultural waste and improving livestock breed. The campaign in rural belt goes with a catchy line in Chhattisgarhi – “Chhattisgarh ke chaar chinhaari – Narwa, Garuwa, Ghurva, Baari”. It roughly translates to, “There are four symbols of Chhattisgarh – rivulets, livestock, domestic dump and farming”.

“Even after 15 years in power, the Raman Singh government has taken the irrigation capacity to 30%,” Bhupesh Baghel, state unit chief of Congress, told ET. “It is a shame especially in a state which has 43 rivers flowing through it. Our first poll promise of ‘narwa’ is on that. We would invest in rainwater harvesting and channelise all rivers for irrigation.” The Congress would also promise improvement in livestock breeds. At present, stray cattle is a common sight in the villages of Chhattisgarh as there is no dedicated place to feed them and milk production has declined steadily.

“The government hasn’t done anything to improve the breed of cattle here. So, in most villages, cows give just a litre of milk and you can buy a cow for less than Rs 5,000,” said Baghel. “All that is required is to make a small place within the panchayat where everyone can dump their agricultural waste and these can be fed to cows and buffaloes.” Congress is proposing organic farming, incentives for cottage industry, setting up of ‘gobar’ (cattle dung) gas plants for alternate fuels and improved waste management. A very considerable part of the campaign would be on rights of Scheduled Tribes, who constitute 32% of the state’s population. Giving them right to their own land under the Forest Rights Act and providing opportunities for value addition to minor forest produce collected by them are the two promises for STs.

Unlike other states, Congress is an active player in urban areas in Chhattisgarh. Of the 46 nagar palikas, Congress holds sway in half of them. The recent elections in Raipur and Bhillai nagar palikas have also been swept by the Congress.

“The biggest poll promise is halving of electricity bills,” said Baghel. “Over the last four years, we have consistently been raising issues including outsourcing of government jobs, the plight of ‘aanganwadi’ workers and failure to make timely appointments in universities and hospitals. So, unlike other states, we have a strong presence in urban areas.” The Congress’ campaign would include a vision to implement a new industrial policy. The theme would have creatives like ‘Chhattisgarh has iron but no factory for cycles’. The party is working on similar themes and promising even food processing plants.