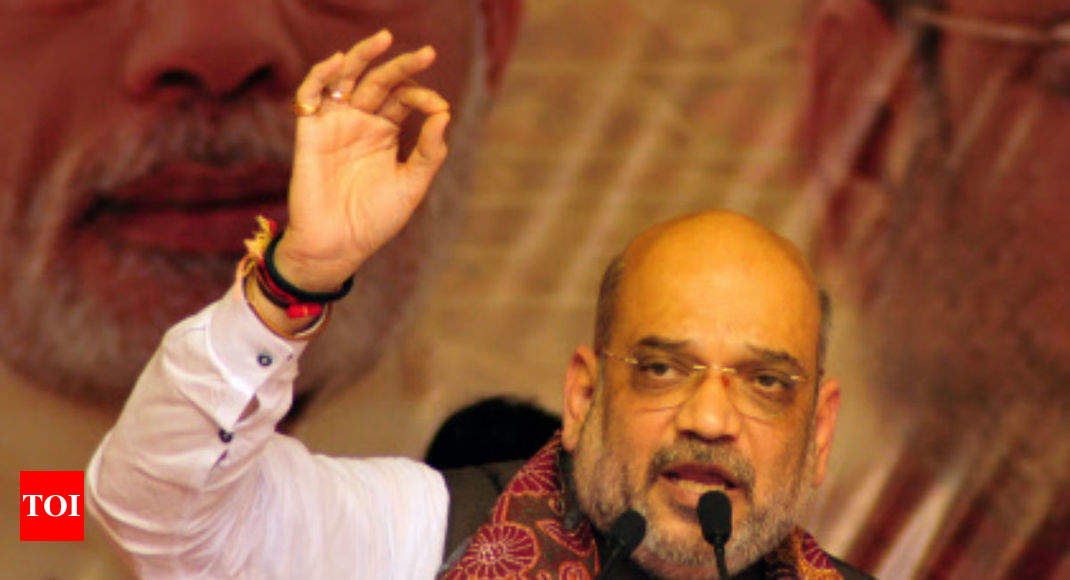 NEW DELHI: Keeping up its attack on Amit Shah, Congress on Saturday cited a media report to accuse him of concealing information about financial liabilities in his election affidavit in the Rajya Sabha, drawing a strong response from the BJP. Congress MP Jairam Ramesh claimed Shah’s son used land owned by Amit Shah as collateral to obtain a loan of over Rs 95 crore for his company Kusum Finserve, when its net worth was under Rs 6 crore and said “shell companies were closing, as they should, but Shah companies are thriving”.

BJP spokesperson Sambit Partra said Shah cannot show the liability of an independent entity belonging to his son as his own liability. He also emphasised that the BJP chief was having to mortage his property to help his son. There would hardly be any politician of his stature who would actually pledge his own properties for a son or daughter’s loan.

The easier expedient for many will be arranging bank loans and getting someone to provide collaterals Congress also said it would move the Election Commission against Shah’s alleged non-disclosure of financial information in his affidavit and demanded that the EC take “suitable action”.

“It is against the law. In his 25-page affidavit, Shah mentioned everything but omitted this piece of information, why? The nation wants to know his answer,” Ramesh said. BJP sources trashed the accusation saying that Congress’s unending desperation was leading it to manufacture issues and spread falsehoods.

“The properties are mentioned in Shah’s I-T returns. He has also declared them as part of his assets in his election affidavit. There is nothing wrong in mortgaging your legitimate assets to help one’s son”, said a senior BJP leader.