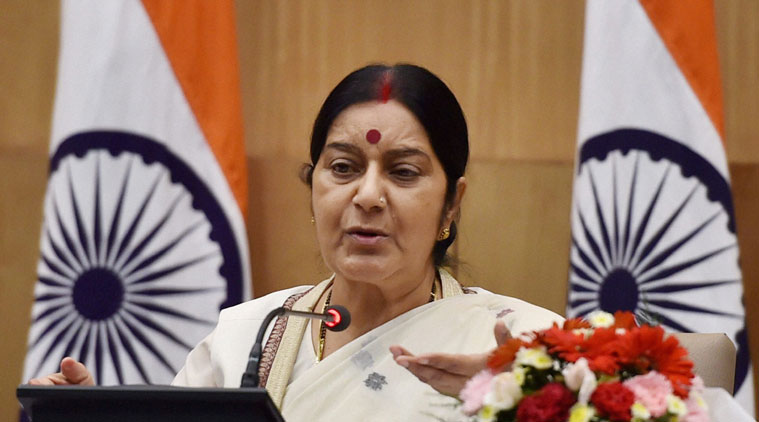 Two days after Sushma Swaraj confirmed that the 39 missing Indians in Mosul, Iraq, were dead, the Congress today said that it will move a privilege motion against the External Affairs Minister for misleading the families of the deceased as well as Parliament.

Senior Congress leader Ambika Soni said, “We are going to bring a privilege motion against the External Affairs Minister for misleading the families of the 39 Indians as well as the House.”

The decision to move a privilege motion against Sushma Swaraj comes hours after Rahul Gandhi accused the government of “inventing” Congress’ link to data analysis firm Cambridge Analytica and diverting public attention from the death of 39 Indians in Iraq.

Since Sushma Swaraj confirmed the 39 deaths in Iraq, the affected families have demanded that the DNA test reports of the deceased be shared with them.

“We demand from the government to provide us DNA reports. We had been running from pillar to post since four years and now we are being told via television that we lost one of our own,” said Gurpinder Kaur, who lost her brother Manjinder Singh.

The Opposition has mounted a fierce attack on the Modi government for “misleading” the country and the family members of those killed by the ISIS in Iraq.

Sushma Swaraj has maintained that the government did not believe in declaring a missing person as dead. “I refused to close the files (of the 39 Indians) till we had concrete proof in hand (about their death),” she said replying to questions on why government gave hope to the families of the 39 missing Indians since 2014.

The External Affairs Minister said that reports of the DNA identification arrived on Monday. Sushma Swaraj said 100 per cent identification was possible for 38 bodies and 70 per cent for the remaining one.