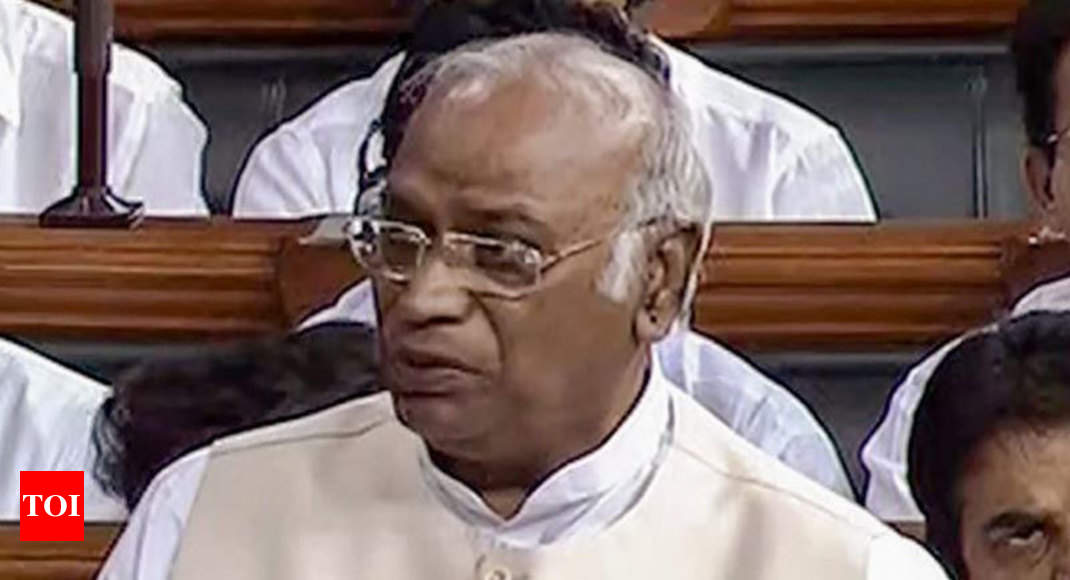 NEW DELHI: The Congress members on Monday took strong objection to an officer allegedly taking notes of the debates in the Lok Sabha from the Officers’ Gallery and said he was carrying out “surveillance” on opposition members, prompting the Speaker to give an assurance that she would look into the matter.

During the Question Hour, Congress leader Mallikarjun Kharge brought the attention of Speaker Sumitra Mahajan that an officer was standing in the Officers’ Gallery, taking notes of the debates and even counting the number of MPs present in the opposition benches.

“It is surveillance. Who is he? Why is he taking notes? He is counting the number of MPs,” Kharge said amidst vociferous protests by his party MPs.

Kharge also claimed that as they were raising the issue, the officer concerned is seen leaving the House.

The Speaker assured the agitated members and said she could not see the Officers’ Gallery from her seat but she will look into the matter.

Minister of State for Parliamentary Affairs Arjun Ram Meghwal said the concerned officer belonged to his ministry and was doing his duty.

HRD Minister Prakash Javadekar said the Lok Sabha proceedings were telecast live and everyone can see what is happening in the House.

“People even now can see who is winking in the House,” he said in an apparent dig at Congress President Rahul Gandhi. Rahul was not present in the House.