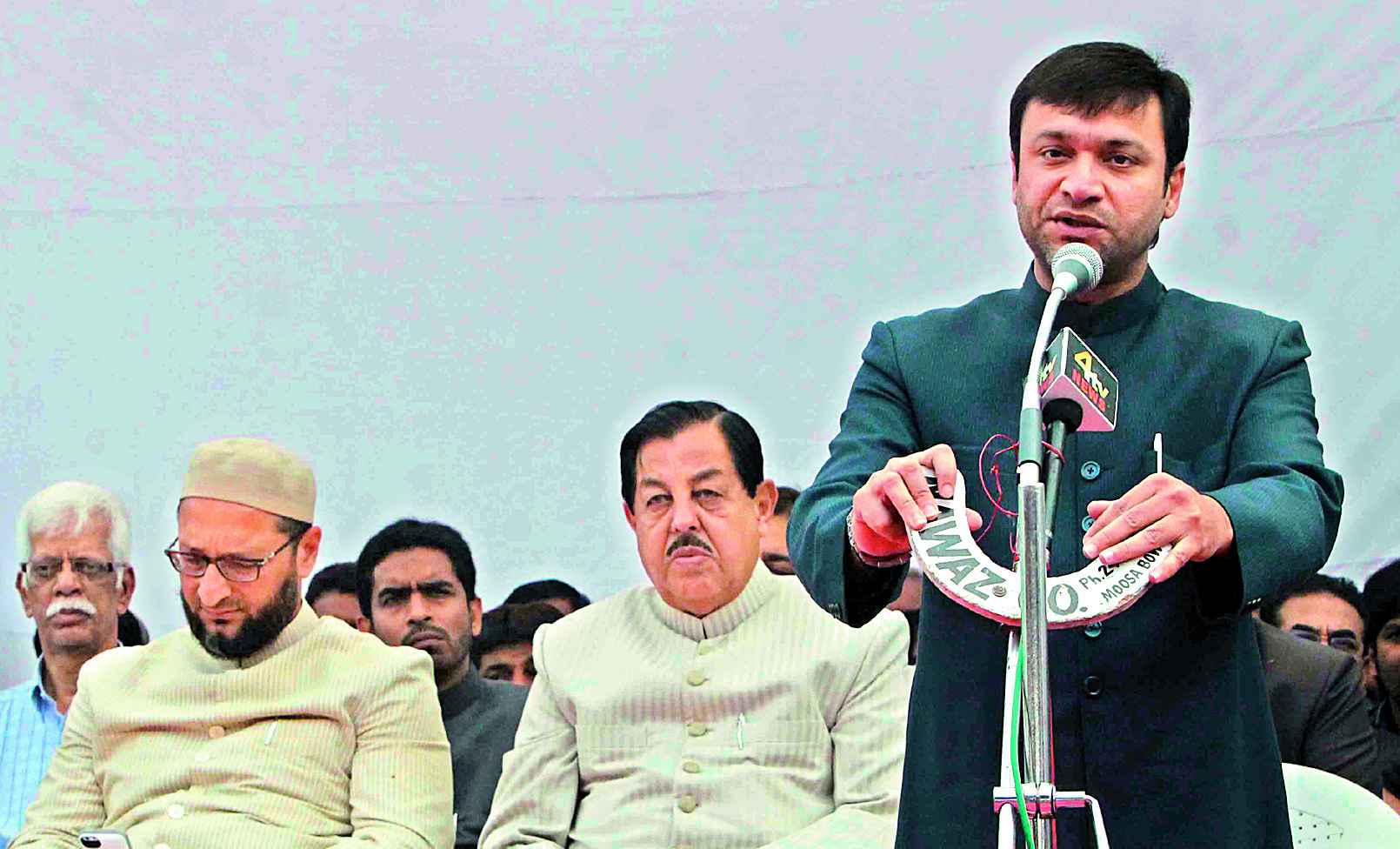 With over 70 per cent of the population belonging to the minority community, the Chandrayangutta constituency in the old city has been dominated by two political parties the All India Majlis E Ittehadul Muslimeen (AIMIM) known as Majlis and the Majlis Bachao Tehreek (MBT).

While the assembly segment is constituted with neighbourhoods such as Barkas, Bandlaguda, Moinbagh, Jangammet, Rakshapuram, part of Edi Bazaar and part of Upuguda, Congress has roped in former Mr Universe finalist Esa Bin Obaid Misri from Barkas. It was in the late 19th century, the Nizams brought the Yemenis to the city and they settled mainly in the Chandrayangutta and Barkas areas of the Old City.The decedents called locally as “Chaush” are mostly bodybuilders and wrestlers.”Our call is to make the old city Majlis Mukt, However, Misri refutes any connection with the Mohammed Bin Omer Yafai alias Mohammad Pahelwan family who allegedly planned the attack on Akbaruddin Owaisi in 2011.

First timer Shahezadi of BJP to take on Akbaruddin

The BJP has fielded Syed Shahezadi a novice in politics but an active leader in ABVP and belongs to Adilabad district on north Telangana. She filed her nomination on Friday. The young lady has an MA in political science from Osmania University and was active as a student leader from the student wing of the RSS. “There has been no development in the lives of common people in the old city, particularly in the Chandrayangutta constituency ,” Shahezadi. Her action plan includes the implementation of Central schemes in the old city to kick-start development.

Akbaruddin who got 60% votes polled in the 2014 elections is a formidable challenge for the other parties as they have to share the remaining 40 % of votes among themselves. The love for Majlis in the people of the old city particularly in the minority community brings them to polling booths in large numbers and going against the Majlis is nothing but a blasphemy. “The Owaisi brothers respond to our calls when we are in distress.They arrive at any place to save us. Whenever we go to Majlis headquarters at Darussalam, they listen to us with attention,” a welder Ashraf Khan near Lal Darwaja says they says that the MIM-TRS combination will be successful this time.

Mohammad Ismail, a Naan (bread) maker near Falaknuma points out that the schemes launched by the TRS for the minorities have attracted the attention of the community.

“After Akabaruddin has come, there is marked development in roads and infrastructure,” he added. Even in the Hindu dominated pockets of the constituency, it is a practice that lower caste Hindus who were loyal to Nizams from ages vote for Majlis.While the MIM has been active through its famous night time meetings all over the old city the BJP was active in parts of the constituency through a street-level door to door campaign.  The Congress candidate who has a number of bodybuilding centres in the old city is gathering support through his friend’s circle.