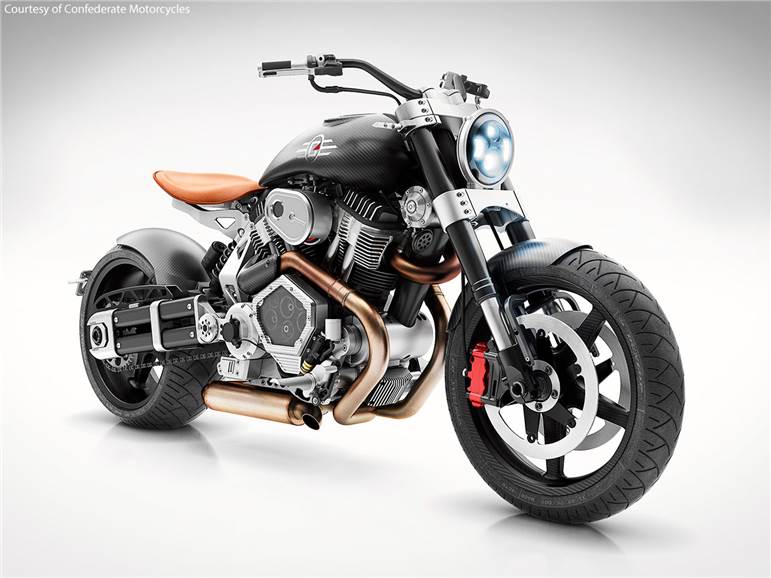 Confederate Motorcycles was an Alabama-based bike maker responsible for some of the most outrageously designed (and expensive) motorcycles in the world. The company recently announced that it was rebranding itself to the Curtiss Motorcycle Company and would focus on making equally wild machines, but this time based on electric powertrain. The company took this step because of the controversy surrounding its name – a controversy that you can read all about here. In fact, Curtiss has already shown off its first creation and it’s a completely ludicrous machine named the Zeus.

This of course, meant that the wild and wonderful Confederate motorcycles would no longer be built, which came as sad news to many. However, fans of the brand have reason to rejoice. The company has been revived by venture capital fund – Ernest Lee Capital – and Confederate now has new and pre-owned motorcycles up for sale on its website.

Under its new management, the iconic bike maker has said that it even has plans on introducing new versions of the Confederate Hellcat, Fighter and Wraith. According to the Confederate Motorcycles Facebook Page, the company has plans to reintroduce a new Hellcat next year, with a newly designed Wraith to follow thereafter.

While speaking about the company’s future, Ernest Lee said, “We are currently designing the next run of bikes that will each be available with a number of customer-selectable options. We personally did not want to see the Confederate brand disappear into the ether.”

Lee believes the Confederate name is “no more synonymous with racism than is ‘Rebel’ or the Confederate Flag itself. We acknowledge that there are some that disagree with our viewpoint but felt that allowing individuals to discuss their differences of opinion is paramount to the democracy in which we all live. We want to continue that tradition at Confederate; building innovative and original bikes that draw crowds everywhere they ride.”