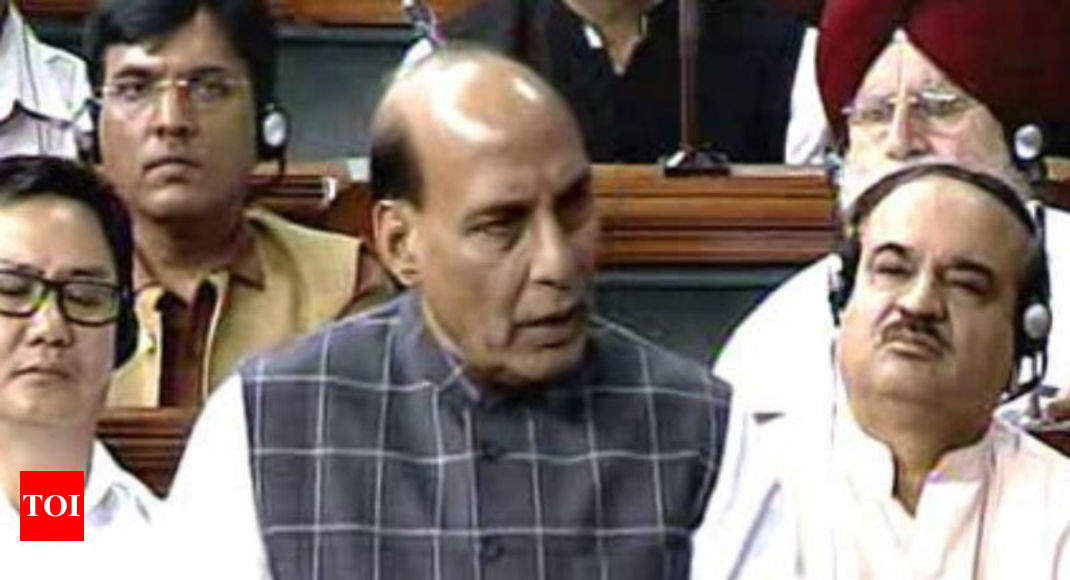 NEW DELHI: The Centre on Thursday condemned the recent incidents of mob lynching and said it has advised the states to take stringent action against the culprits and asked social media service providers to install checks to stop spread of rumours and fake news.

Home Minister Rajnath condemned the incidents and made a statement in the Lok Sabha during the Zero Hour while responding to Congress leader KC Venugopal, who raised the issue of lynching, last week’s attack on Swami Agnivesh in Jharkhand and trolling of External Affairs Minister Sushma Swaraj.

Singh said several people were killed in the lynching incidents and added that it was a matter of grave concern for the government.

He said that lynching happened because of rumours and unverified or fake news.

Observing that law and order was a state subject, Singh said the Centre cannot remain silent on the issue.

“I have issued advisories to state government in 2016 and 2018. We have asked social media service providers to install check. Such incidents are unfortunate. We have asked the Chief Ministers to take firm action against the culprits,” Singh said.

Raising the issue, Venugopal regretted that while these mob lynching and physical attacks on the people, including those with dissenting views, have become the order of the day and the government was maintaining a silence.

He also said that Union Minister Jayant Sinha had even garlanded some people who were allegedly involved in mob lynching incidents.

“Is this the rule of the law? These are very serious issues. I request the government to secure the democratic environment of the country,” he said.

He also alleged that that the government was using investigating agencies to “target people”.

“I urge upon the government to make a law to prevent mob lynching,” he said advising ministers not to garland convicts.

Noisy scenes were witnessed during the discussion on the subject with some BJP members protesting Venugopal’s speech, as Congress leader Mallikarjun Kharge and Jyotiraditya Scindia were seen vociferously asking the Chair to allow the CXongress MP to complete his submission, saying it was a serious matter concerning the nation.