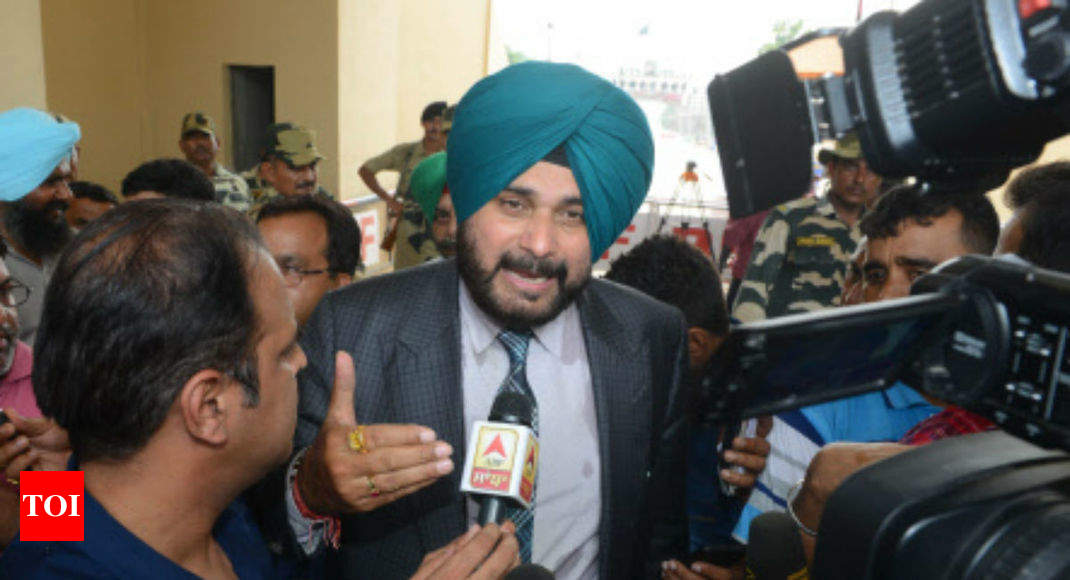 Muzaffarpur: A complaint was filed in a court here on Monday against former cricketer and Punjab minister Navjot Singh Sidhu seeking registration of a case against him under sedition and other charges for hugging Pakistan’s army chief.

The complaint was filed by advocate Sudhir Kumar Ojha in the court of chief judicial magistrate (CJM) Hari Prasad.

In his complaint, Ojha contended that Sidhu’s gesture of “hugging” Pakistan army chief General Qamar Javed Bajwa has hurt his feeling and that of other Indians.

“Sidhu, who had gone to Pakistan to participate in the swearing-in ceremony of Imran Khan as PM on August 18, hugged Pakistan General Bajwa on whose orders Indian soldiers are getting killed in cross border terrorism,” Ojha submitted in his complaint while adding that “it was General Bajwa who is responsible for beheading of our soldiers”.

Sidhu’s gesture has mocked the families whose loved ones were martyred for the country, he said.

The petitioner said that when there was state mourning due to the death of former prime minister Atal Bihari Vajpayee, Sidhu was celebrating in Pakistan during Imran Khan’s swearing-in ceremony.

Sidhu’s actions amounts to sedition besides creating hatred among people, the advocate said.

“I pray to the court to take cognisance of the matter which is a serious one and direct authorities concerned for his (Sidhu’s) arrest,” Ojha said in his complaint.

The complainant prayed for initiating case against Sidhu under various sections of IPC that included- 124 A (sedition), 153 B (imputations, assertions prejudicial to national integration) and 504 (intentional insult with intent to provoke breach of the peace).

The provisions of above sections could attract a minimum of two to three years of imprisonment with fine or both if the person is held guilty by the court.