Committed to bring in triple talaq law, some people stalling it: PM | INDIA
Categorized as
120
Tagged as
Independence Day.
Related 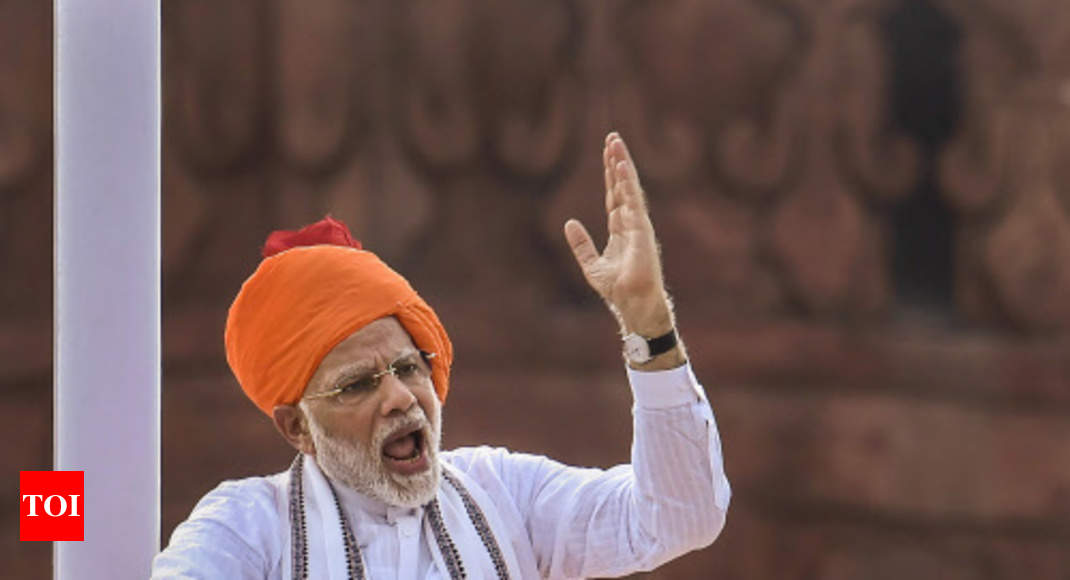 NEW DELHI: The government is committed to bring in a law banning the practice of instant triple talaq, Prime Minister Narendra Modi said today even as he blamed ‘some people’ for stalling its passage in Parliament.

In his Independence Day address, he underlined his commitment to the passage of the instant triple talaq legislation in Parliament.

He blamed ‘some people,’ an apparent reference to opposition parties like the Congress, for stalling its passage in the recent Monsoon session.

The bill criminalises the practice of instant triple talaq or talaq-e-biddat and seeks prison term of up to three year for violators.

He said the government had once again pushed for the passage of the bill in the Monsoon Session.

“The practice of triple talaq has created problems in life of Muslim women … we brought law in Parliament, but some people are not allowing to pass it. I assure you that you would not be let down. I will do all it needs (to bring the law),” he said.

The practice of Triple Talaq has caused great injustice to Muslim women. We are striving to end this practice but t… https://t.co/kuncZHxeKh

While the bill has been passed by Lok Sabha, it is pending in Rajya Sabha where the government lacks numbers.

To make the proposed law palatable to the opposition, a provision of bail for the accused from a magistrate has been added. Also, the amendments to the bill cleared by the Union Cabinet last week, make provision for settlement between the husband and the wife.

The FIR can now only be lodged by the victim, her blood relations and those who have become her relatives by virtue of her marriage. Others, like neighbours, cannot lodge an FIR to prevent misuse of the proposed law.