Poland vs Colombia: Colombia win 3-0 to knock Poland out of World Cup 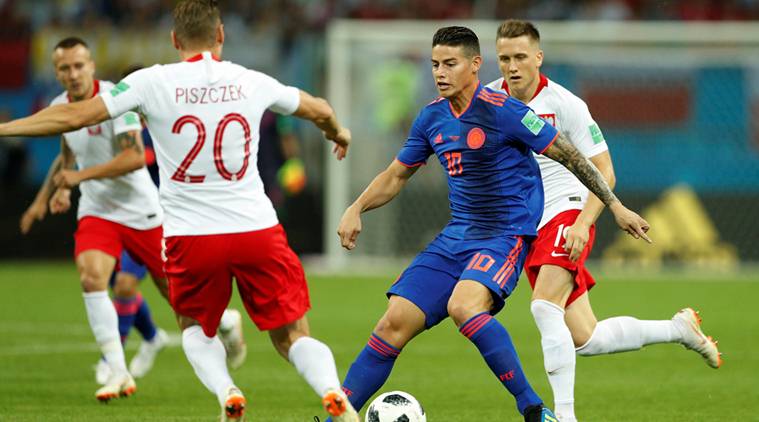 KAZAN (Russia): Colombia’s World Cup campaign roared back into life with a 3-0 win over Poland in Group H on a sweltering evening at the Kazan Arena which sent the Poles tumbling out of the tournament on Sunday.

Defender Yerry Mina opened the scoring in the 40th minute with captain Radamel Falcao and winger Juan Cuadrado sealing a deserved victory with two goals in five minutes as the desperate Poles chased the game in the last quarter.

Midfielder James Rodriguez, winner of the Golden Boot at the last World Cup, returned to the starting lineup after injury and played a part in two of the goals as Colombia got back on track after their opening loss to Japan.

The victory puts Colombia in third place in the group on three points behind the Japanese and Senegal, who shared a 2-2 draw earlier on Sunday to move to four points apiece.

A victory over the Africans in their final first-round match in Samara on Thursday would secure Colombia a spot in the last 16 as they target at least matching their charge to the quarter-finals in Brazil four years ago.