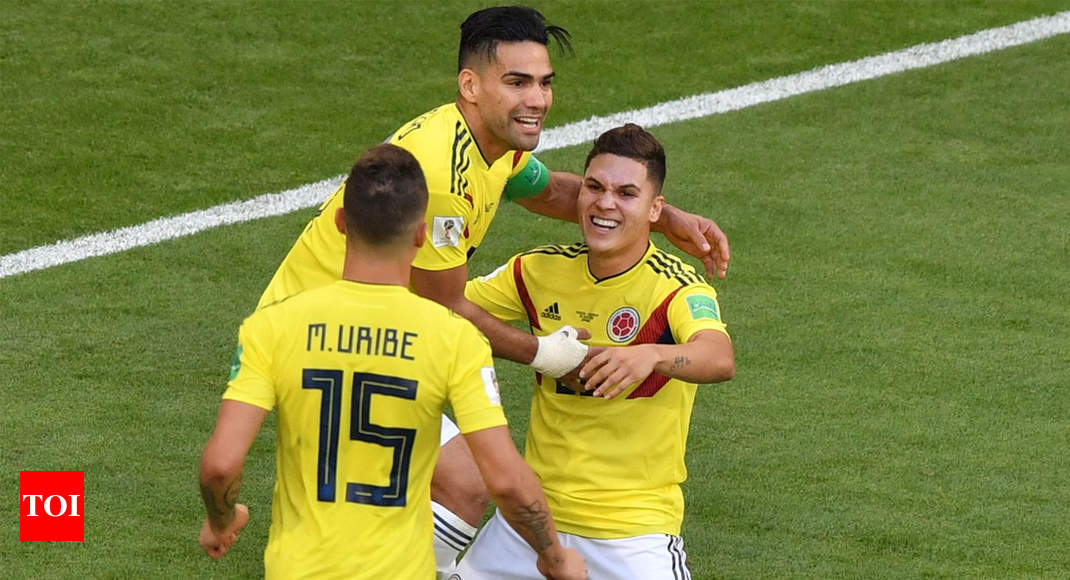 MOSCOW: England’s Round of 16 opponents Colombia may not be a major South American football force like Brazil or Argentina but Los Cafeteros have outscored both of them over the last two World Cups while having played fewer matches.

Many England fans were celebrating despite their team’s 1-0 loss to Belgium in their last group match that saw them finish second and set up a knockout game against the Colombians, as the path beyond the last 16 looks somewhat easier.

England could face Sweden or Switzerland in a potential quarter-final, while Belgium are surrounded by former champions Brazil, France and Argentina in the other half of the draw.

But a look at Colombia’s matches at this World Cup and the 2014 edition in Brazil reveals they have been more effective in total than their bigger South American opponents while also playing fewer games.

Led by world-class players such as James Rodriguez and Juan Cuadrado, but missing key striker Radamel Falcao in 2014, Colombia scored a total of 12 goals in five matches at the World Cup in Brazil, having reached the last eight.

Semi-finalists and hosts Brazil managed a goal less but played two more games than the Colombians at that tournament.

Argentina, who lost the 2014 final to Germany, had an even lower tally of eight goals in seven matches in Brazil.

It is a similar story at the finals in Russia where Colombia, including Falcao this time, may have had some patchy performances but have still scored more goals than Argentina and notched as many as the highly-rated Brazilians, led by Neymar.

Lionel Messi’s Argentina only narrowly scraped into the knockout stage with a last-gasp goal against Nigeria, their third in three group games.

Were it not for Neymar, who has been involved in 19 goals in his last 18 appearances for Brazil (10 goals, 9 assists), their total count would certainly have been even lower.

Colombia go into the knockout stage having also scored five goals in their three group games and will have the support of tens of thousands of fans.

“For me, it’s going to be a brilliant game to be involved in,” said England coach Gareth Southgate. “It looked like Colombia had 30,000-40,000 fans in the stadium. I went to two of their games in Brazil, they were incredible occasions.”

“They have some top players, some top attacking players in particular,” he said. “But we also have some really good players who are full of belief and looking forward to this challenge.

England are looking to advance with their first knockout win in a tournament in 12 years.