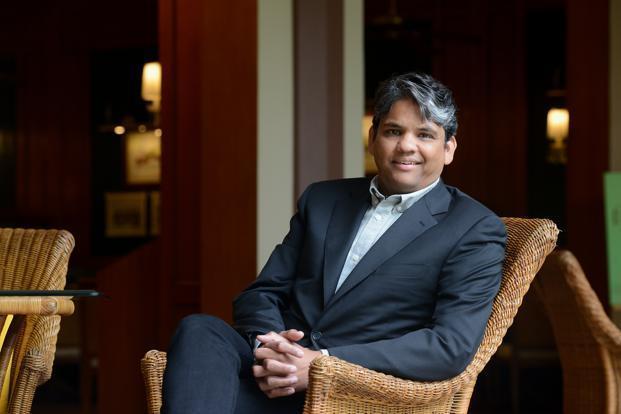 Cognizant is being prudent about making choices of the kind of work it goes after, CEO Francisco D’Souza said in an analyst call last week. Photo: Mint

Bengaluru: Cognizant Technology Solutions Corp.’s focus on improving profitability has slowed revenue growth, as the company chose to shun contracts that offer lower margins. For the first time last week, the management acknowledged that Cognizant has walked away from several such deals since March 2017.

“(We) made a commitment to you that we were going to go focus, shift our business towards more high-value-added digital work and add healthy margins…so answer is yes. If there is some work that we feel that doesn’t present—meet that criteria, we have chosen to walk away from,” said Cognizant president Rajeev Mehta when quizzed by an analyst in a post-earnings conference if the company was selective in bidding for new work.

“We’re being prudent about making choices of the kind of work we go after,” said Francisco D’Souza, chief executive at Cognizant.

“So it’s the smart move to pick your battles carefully and focus on the work that you think is going to be most strategically significant to the client over the long run,” said D’Souza.

Cognizant has now grown at a less than 10% pace from a year earlier in three of the past five quarters, a sharp decline from the consistent double-digit growth until the end of 2016.

Revenue growth has fallen 1.6 percentage points in the past 15 months.

Teaneck, New Jersey-based Cognizant was pushed by activist investor Elliott Management Corp. in November 2016 to abandon what it felt was an “antiquated, growth-at-all-costs” business model, and focus instead on improving profitability and shareholder returns.

Subsequently, the board of Cognizant in February last year conceded to the demands of its activist shareholder and outlined a three-year road map to improve profitability.

Cognizant, which saw a 10.74% year-on-year revenue growth in January-March quarter last year, saw its revenue grow 9.15% in April-June 2018, even as its overall profitability improved 60 basis points over the past 15 months, according to a Mint analysis.

One basis point is one-hundredth of a percentage point.

Cognizant Technology Solutions’ decline is in contrast to the reversal in fortunes at Tata Consultancy Services (TCS), which has more than doubled its pace of growth and consequently widened the revenue gap with Cognizant during this time.

Sample this: Cognizant Technology Solutions reported a 21% growth and added $2.15 billion in incremental revenue in January-December 2015, higher than the $1.96 billion in new revenue brought by TCS, Infosys and Wipro put together.

For this reason, a few analysts now say that Elliot’s decision was nothing short of “destructive activism”.

“We are concerned CTSH’s growth slowdown may be a side effect of tight margin expansion targets,” HSBC analyst Yogesh Aggarwal wrote in a 17 May note, titled Destructive Activism. “We see evidence for this in the rise in attrition, other supply issues and TCS’s acceleration”.

“Revenues fell short of expectations while operating margin and EPS beat. We expect CTSH to continue to focus on growing margins, though we wonder about the longer-term impact to revenues. We are modestly lowering our estimates and are lowering our target price from $86 to $85,” Bachman added.

For now, Cognizant Technology Solutions, which ended with $14.8 billion in revenue last year, expects to grow at-best 10% in the current year.