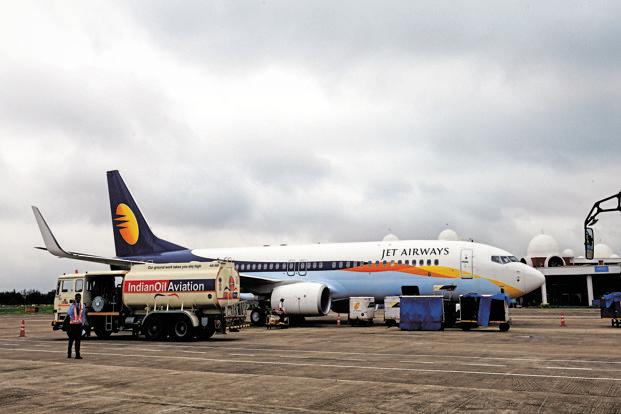 New Delhi: The ministry of civil aviation on Friday said it is watching the developments at Jet Airways, which has delayed the announcement of June quarter results.

The full service carrier is grappling with financial woes and its share price has also taken a beating in recent weeks.

“We will be watching the developments,” civil aviation secretary R.N. Choubey said, and added that the ministry has no intention of doing any financial audit of the airline. He was responding to a query about Jet Airways facing financial problems and also delaying announcement of quarterly results.

Choubey said the airline has “neither approached the ministry nor are they (Jet Airways) bound to do so”. “But when airlines are in difficulty, they approach us,” he noted.

Asked about reports of retrenchment at the airline, Choubey said “If Jet has not told us that they are going to retrench why should we be worried. “Airlines are not bound to inform us when they retrench but when airlines get into trouble they normally come to us”.

Addressing shareholders at the company’s annual general meeting on Thursday, Jet Airways founder chairman Naresh Goyal said he felt “guilty and embarrassed” as a lot of shareholders have lost their money, as the airline’s shares plummeted on financial woes.

Shares of the full service carrier slumped over 12% since 2 July and in intra-day trading today, it touched a 52-week low of ₹286.95 apiece.

Speaking at the event here, organised by industry body Assocham, SpiceJet chairman Ajay Singh said that the rise in prices of aviation turbine fuel and depreciating rupee were the two big factors impacting financial of Indian carriers. “The rupee depreciation is significant. Rupee went from ₹65 to ₹69, so that hit is significant. All this has added to pressure on airlines,” Singh said.

Choubey said the ministry along with International Air Transport Association (IATA) and Airports Authority of India (AAI) would organise celebrations to mark double-digit growth in the aviation sector.