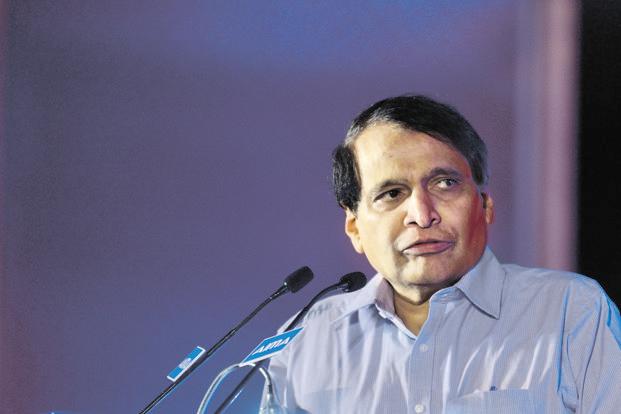 Civil aviation minister Suresh Prabhu says airlines are struggling with high cost of fuel not just in India, but across the world. Photo: Pradeep Gaur/Mint

New Delhi: The civil aviation ministry will press for inclusion of jet fuel in the goods and services tax (GST) so that airlines struggling with high cost of fuel and a weaker rupee secure some relief. Although in a deregulated sector like airlines, where the government can do little to bail out businesses, the civil aviation ministry is looking at what is within its reach to ease the industry’s pain.

Civil aviation minister Suresh Prabhu told reporters in New Delhi that airlines are struggling with high cost of fuel not just in India, but across the world. “Fuel is an important variable cost for airlines. We are aware of the situation,” said Prabhu, declining to elaborate on the matter.

Civil aviation secretary R.N. Choubey said if the GST Council decides to include aviation turbine fuel in GST, it will come as a big relief to the industry.

At the moment, the value added tax (VAT) levied by states on jet fuel is a cost to airlines as credit isn’t available to them that could be offset against GST they have to pay on their output services. The proposal is before the GST Council although it has not taken it on the agenda yet.

The civil aviation ministry is also working with the finance ministry to ease the rules on external commercial borrowing so that airlines can borrow abroad for their working capital requirements.

High fuel cost has dealt a heavy blow to airlines in recent months.

Jet Airways (India) Ltd, for example, had reported a net loss of ₹ 1,036 crore in the fourth quarter of FY18 that wiped off the profits made in the first three quarters. The company ended FY18 with a loss of ₹ 767 crore as spending, mainly fuel costs, employee benefits and distribution expenses, overshot revenues.

Last month, InterGlobe Aviation Ltd, which operates IndiGo, posted a drop in quarterly profit of 97%—the biggest decline since going public in 2015—to ₹ 27.79 crore from ₹ 811.14 crore a year earlier, Mint reported on 30 July.