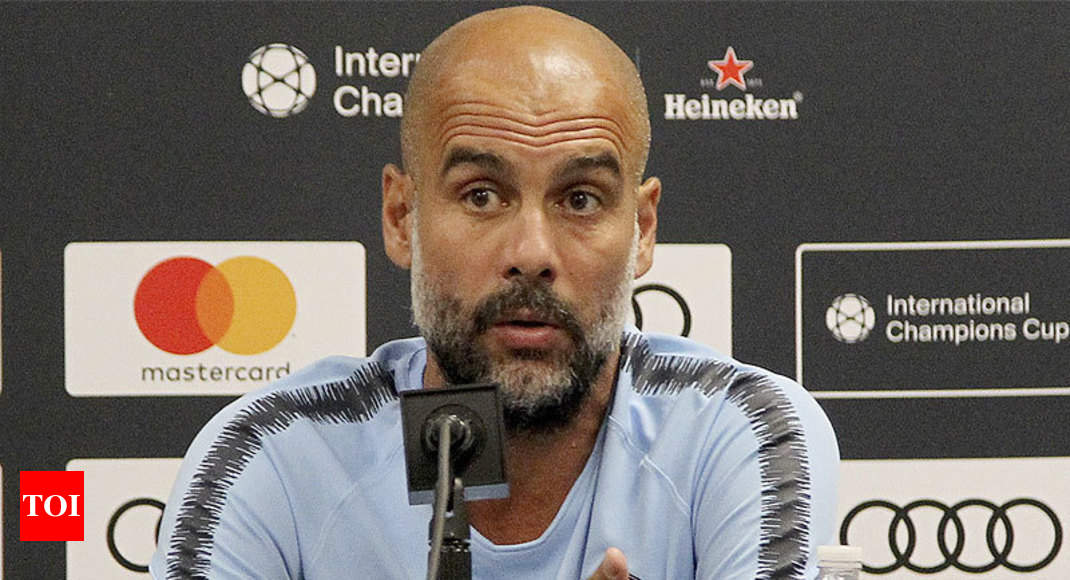 The English champions had 16 players playing in Russia with the likes of Kevin De Bruyne, Vincent Kompany, John Stones, Kyle Walker, Fabian Delph, Raheem Sterling not due back until next weekend.

All players were given three weeks off from the moment their involvement in the tournament ended.

But Guardiola revealed Friday that only two of his squad will not be available for the Community Shield season opener against Chelsea on August 5.

Guardiola, speaking ahead of City’s final match of the US tour against Bayern Munich in Miami on Saturday, said: “Most of them are coming back. We have just four or five days to prepare for the first final (Community Shield) so we have to adapt.

“We need players for the final but if they are not coming back we’ll play with the guys who are here.

“It is not an ideal situation, we prefer to be together but it is the same for Niko Kovac (Bayern manager) or for the other managers – the calendar is the calendar so we have to adapt.”

Guardiola stressed there will no major moves to improve his squad before the transfer window closes with the summer arrival of Riyad Mahrez from Leicester his only piece of business so far.

“If we do, we sign one more but in this moment we stay with what we’ve got,” said the City manager.

“It’s so expensive and we spent a lot last year because we had an old squad. Maybe one (will come in), maybe not.”

Guardiola spent three years in Munich and insisted his spell in Germany was like a “dream” – even if he failed to win the Champions League.

“I have a better perspective now that I am looking back at my time there and it’s always positive,” he said.

“In three years there are good and bad moments. The dream is to win the Champions League. We were close. I still have friends and an apartment there.

“I will never have a bad word to say about Bayern.

“It was a dream, an important part of my life and I have no regrets about what happened there.”